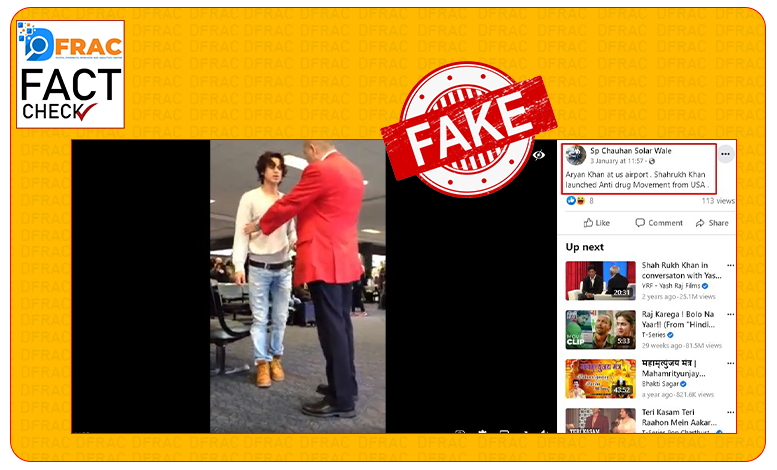 Nowadays, social media works as a warehouse of fake and misleading content. There is a video that is getting viral quickly where a man has been found drunk and caught peeing on the terminal of the airport. People claim that the man is Aryan Khan, son of Shahrukh Khan.

In the caption of the video, it says that Aryan Khan is at America’s airport where he is found peeing on the terminal and he’s bringing shame on his father Shahrukh Khan’s name as well as on our Country.

On the other hand, the video is getting viral on all the social media platforms, On Facebook, people are posting which roughly translates in English that “Aryan Khan brings shame on his Father’s name, Mr. Shahrukh Khan, as well as on our country’s name too. Shame on him.”

Also Read: Is The Information Shared By The Viral Audio Regarding Covid Vaccine Misleading?

Through our research, we got to know that the video is from 2012, TMC report proved that the man who is peeing in the video is Twilight movie actor Bronson Pelletier and he has already been punished for it. Go through the link once and you will see the headline where it is clearly written, “Twilight Actor Punished for peeing in an airport”.

Link of the article: https://www.tmz.com/2013/02/22/twilight-bronson-pelletier-airport-pee-urinate-video-sentenced-probation/

Conclusion: It is clear that the video is fake and misleading.