Fact Check: Rahul Gandhi said that a woman from UP will give birth to 52 children in a year. Know the truth 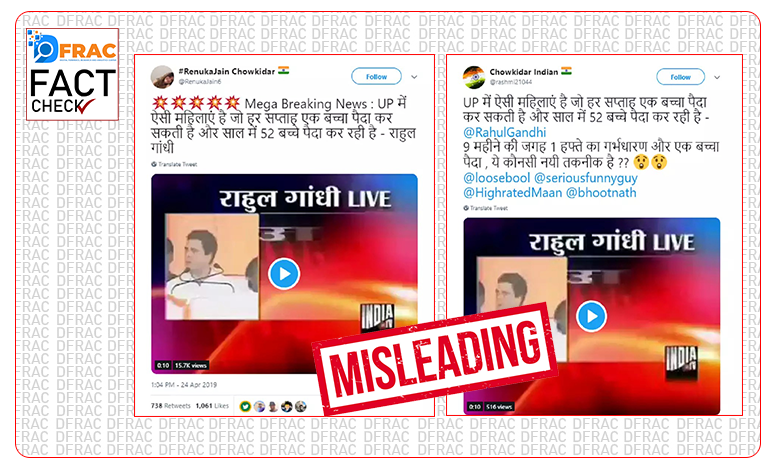 To know the truth of the claim going viral, our team did a fact check. On reverse-searching some of the frames of the video, we found that the video is an edited excerpt of Rahul Gandhi’s speech at a rally in 2011. In this video he was alleging corruption in a scheme for pregnant women of UP.

He had alleged corruption in the implementation of the Janani Suraksha Yojana in Uttar Pradesh, which comes under the National Rural Health Mission. Under this mission, an incentive amount of Rs 1400 is given to pregnant women to promote institutional delivery among poor pregnant women.

This fact check proves that this claim on Rahul Gandhi is false and misleading. Because he was referring to government figures to expose corruption in the schemes being run for pregnant women.