FactCheck: Communal color given to the video of stabbing a minor girl. 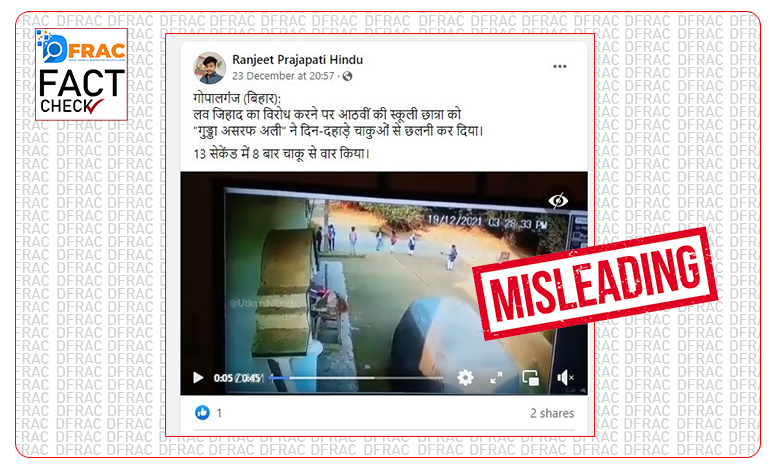 Communal angle given to a heinous incident held in Gopalganj. A video is becoming massively viral on social media. With which it was claimed that a Boy named Gudda Asraf Ali stabbed a class VIII schoolgirl for opposing love jihad.

Many other users have also made similar trying to give the incident communal colors.

On verifying the above claim, our team found a report by TV9.The report stated that the matter is of Pratappur of Majha police station area of ​​Gopalganj district of Bihar. Two men of the village attacked a Class VIII student coming home from school.

Also Read-Did Aurangzeb give orders to demolish the temple built on Krishna Janmabhoomi in Mathura and place the idols on the steps of Begum Sahiba Masjid?

The victim is a student of class 8th in Maktab School. A boy named Gudda was harassing her.

Hence the above claim is false and misleading.