FactCheck: The Truth Behind Viral Video Of A Burqa Woman Firing A Gun 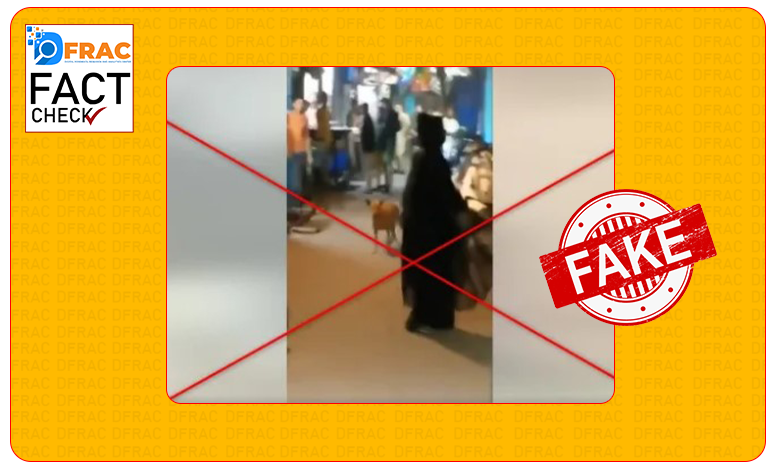 A video of a Burqa woman firing a gun is becoming viral on social media platforms. The video have more than a thousand views in December 2021. People are claiming that the woman firing a gun in Karachi, the largest city in Muslim-majority Pakistan. The video shared has misleading context; it has circulated in reports since November 2020 about a woman firing shots at a shop in Hindu-majority India.

The video shows a woman in a burqa — a traditional Islamic head-to-toe garment — shouting abuse in a narrow street. At the 17-second mark, she is pointing what appears to be a gun at a door before the sound of a gunshot. Seconds later, she gets on a motorbike before the clip ends. “I’m Nasir’s sister,” she says towards the end of the video.

Also Read: Is The Information Shared By The Viral Audio Regarding Covid Vaccine Misleading?

Some people have shared the clip in a misleading context. It has previously circulated in reports about a woman firing a gun in the Indian capital of Delhi. Further, Times Now had also shared this video on YouTube on November 24, 2020.The report’s headline reads: “Shocking: Woman in burqa fires at a shop after a tiff over the phone in Delhi”.

In addition, India Today also reported on the incident on November 24, 2020. Hence, this video of burqa woman is fake and misleading.