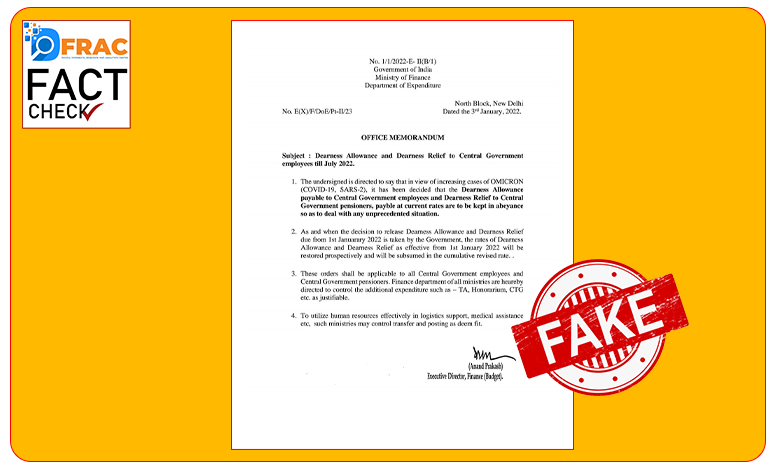 An official order from Ministry of Finance Department of Expenditure is getting circulated on social media platforms where it claims that the ‘Dearness Allowance & Dearness Relief payable to Central Govt employees and pensioners will be kept in abeyance’. 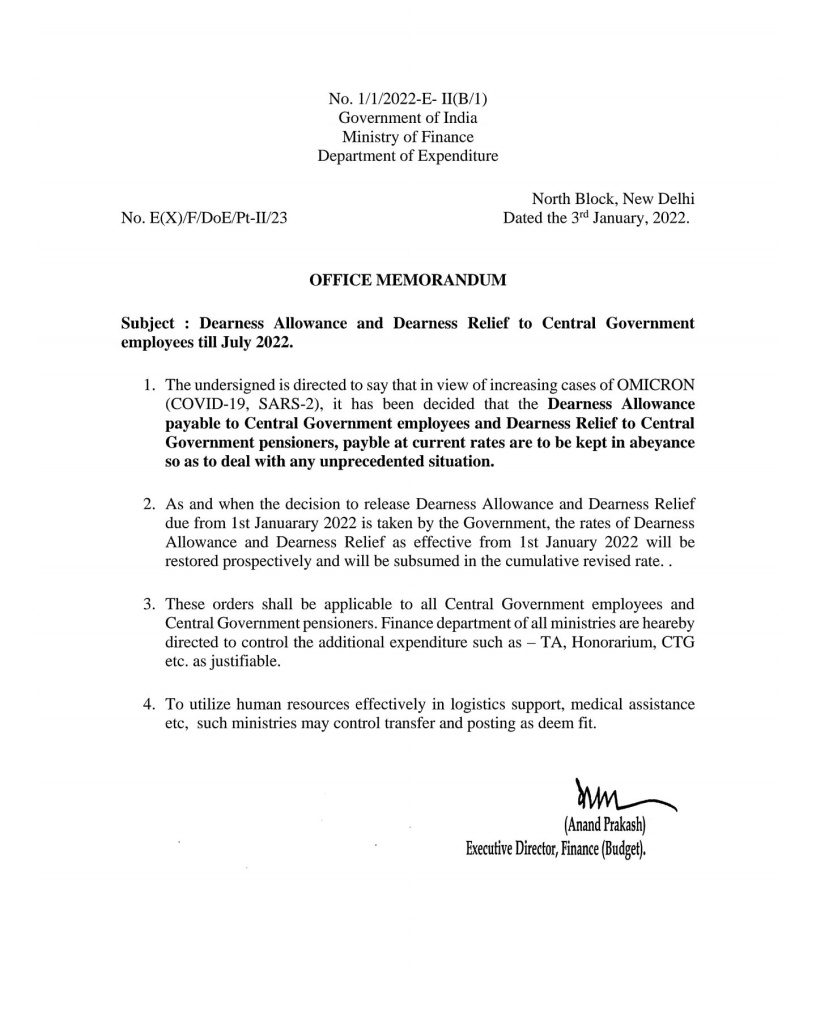 The order also mentioned the reason to keep the allowance and relief in a state of temporary disuse so as to deal with any unprecedented situation as there are increase in number of cases of Omicron (COVID-19, SARS-2).

It also added, “These orders shall be applicable to all Central government employees and Central Government pensioners. The finance department of all ministries is hereby directed to control additional expenditure as justifiable.”

We found out that this order is not issued by the Finance Ministry and is considered as fake. The Press Information Bureau (PIB) of India also tweeted on this issue, informing that no such order has been issues by the Government and this viral news is fake.

A #Fake order issued in the name of the Ministry of Finance claiming that the 'Dearness Allowance & Dearness Relief payable to Central Govt employees and pensioners will be kept in abeyance' is in circulation.#PIBFactCheck

▶️No such order has been issued by the @FinMinIndia. pic.twitter.com/DnZ4IY91FF

Therefore, we can clearly say that this viral order is fake and has not been issued by the Ministry of Finance of India.