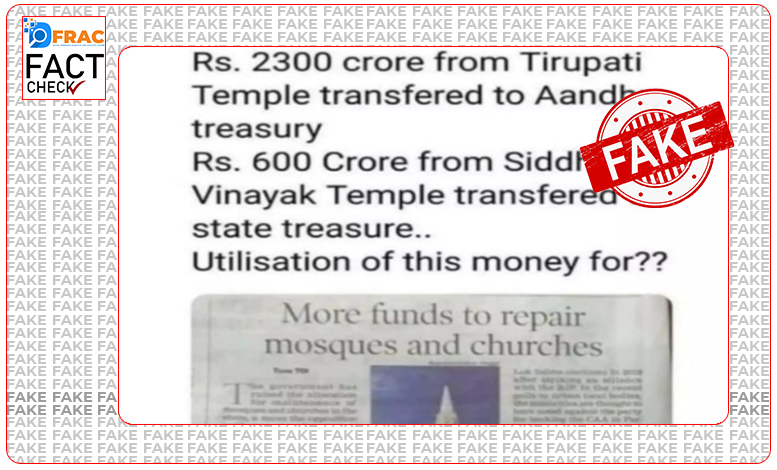 A post on WhatsApp is going viral. In which it was claimed that Rs 2,300 crore was transferred from Tirupati temple to Andhra Pradesh treasury and Rs 600 crore from Siddhi Vinayak temple to Maharashtra treasury. 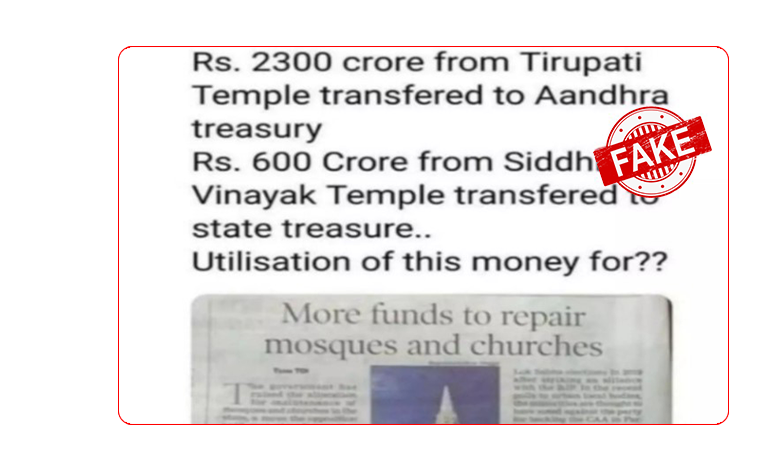 In relation to the above two claims, when our team searched the news related to these claims on Google News. Was such a huge amount transferred to the respective state governments from both the temples? But we did not get any such news.

However, such a claim was also made in 2020. Our team related to that got a report from Times of India. Tirumala Tirupati Devasthanam Trust Board Chairman YV Subba Reddy rubbished social media rumors of transfer of temple funds to the state government treasury.

The TTD chairman said that some miscreants were trying to spread rumors in social media that Rs 2300 crore of TTD was transferred to the state government treasury which is completely baseless. In this regard, he had also asked the temple administration to file a complaint with the police.

Hence, the above claim is completely false and bogus.