Fact-Check: Times Magazine Did Not Claim Farmer Protest As The Largest Protest In Human History 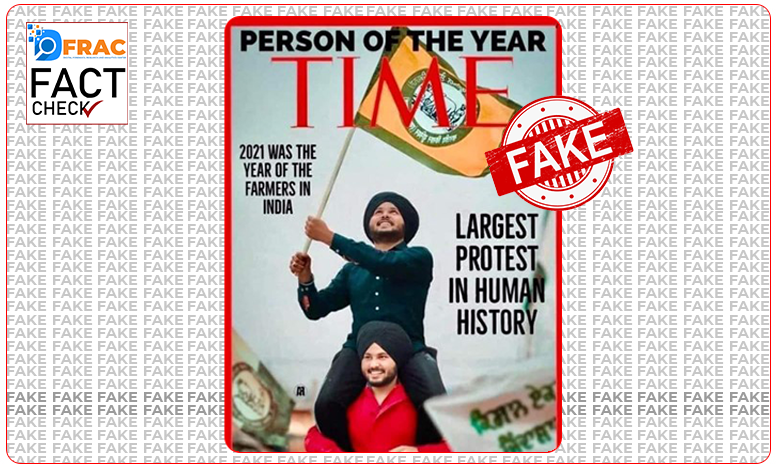 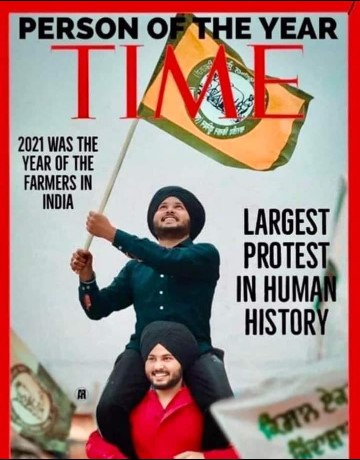 A post is getting viral on the social media platforms in which it is claiming that times magazine has featured the Farmer Protest on its cover page and claimed it to be the largest protest in Human History. The viral post further states that 2021 was the year of farmers.

Virendra Punia along with his post wrote that “the World renowned Time magazine blessed itself by printing the holy picture of the farmers’ movement and stated the farmers’ protest as the biggest protest in the Human History.”

After doing our fact check analysis we found that this viral post is fake and misleading.

Times magazine did not feature any such picture on its cover page.

In this regard our team searched about the times cover pages in the year 2021. We found no such post as regarding Farmers’ protest.

On our research analysis our team found that the only tweet related to Farmer’ Protest posted by the Times Group is in the above image.

Therefore, the viral post is totally fake. It shows the wicked intention of gaining publicity by spreading false news on a topic which is very close to the hearts of our farmers and common people.