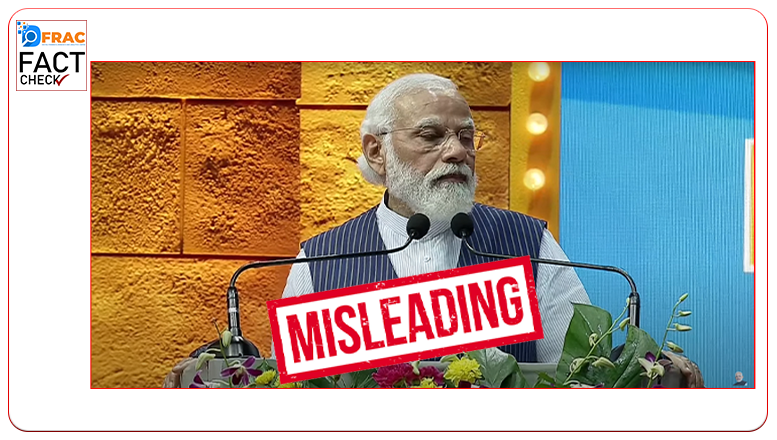 Recently, Prime Minister Narendra Modi, while addressing the gathering at Goa Liberation Day celebrations on December 19, 2021, said that Goa went under Portuguese rule during the time Mughal ruled over India.

PM Modi said in his speech, “The Portuguese rule in Goa came when other parts of the country were ruled by the Mughals. After that the country saw many political storms and changes in power, but despite all the changes in politics, Goa has its own Indian identity that has not been forgotten, nor has India forgotten Goa.

When our team investigated PM Modi’s claim. We found that the Mughal Empire in India was established a decade after the Portuguese rule over Goa.

According to the website of Goa’s Information and Publicity Department. In 1510, the Portuguese defeated the ruling Bijapur kings with the support of Timoji. They established their power under a permanent settlement at Velha Goa (or Old Goa).

According to a textbook on medieval India published on the website of the National Institute of Open Schooling, an autonomous institution under the Union Ministry of Education. The Mughal dynasty was founded in 1526 after Babur defeated, the last ruler of the Lodi dynasty, Ibrahim Lodi. Ibrahim was killed in the First Battle of Panipat.

Apart from this, the chronology of the beginning of Portuguese rule is considered to be 1510. Which is also listed in Goa-Kanara Portuguese Relations, 1498-1763 – Bhagamandala Seetharama Shastry – Google Books.

Therefore, this claim of PM Modi of Portuguese colonizing Goa during Mughal rule in India is misleading.