Fact Check: Did Shah Jahan get the hands of the workers who built Taj Mahal cut off? 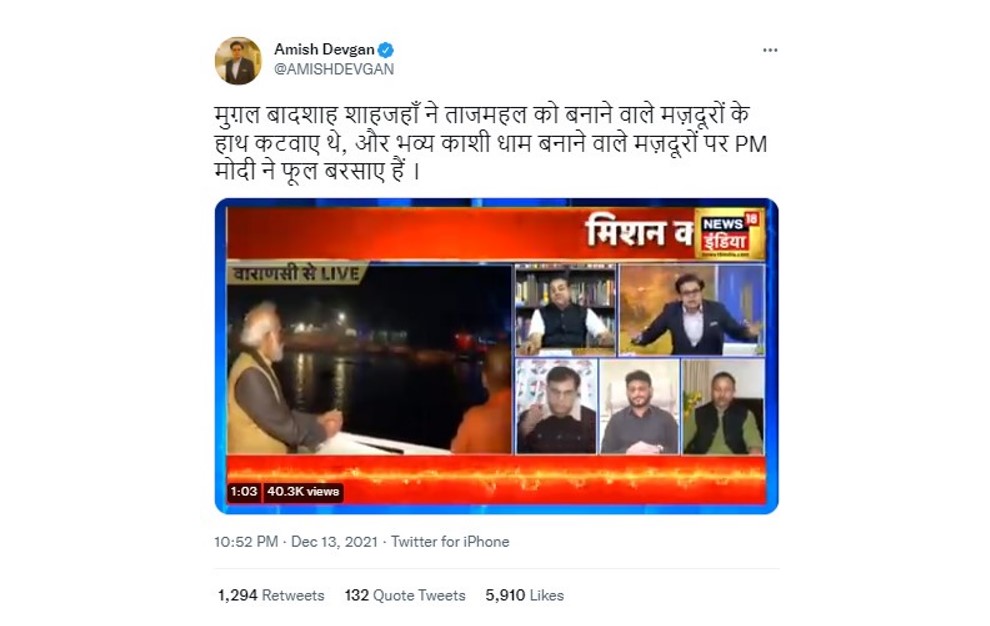 News18 anchor Amish Devgan claimed in his program that Mughal emperor Shah Jahan had all the workers’ hands cut off after the Taj Mahal was built.

When we inquired about the above claim, we found that Shah Jahan had not got the hands of the laborers who built the Taj Mahal be cut off. Rather, by giving them a lifetime salary, he made them promise to not work for life. In this regard, a report of Aaj Tak and Live Hindustan has also been found, in which this claim has been called false.

Hence, this claim is false and misleading.