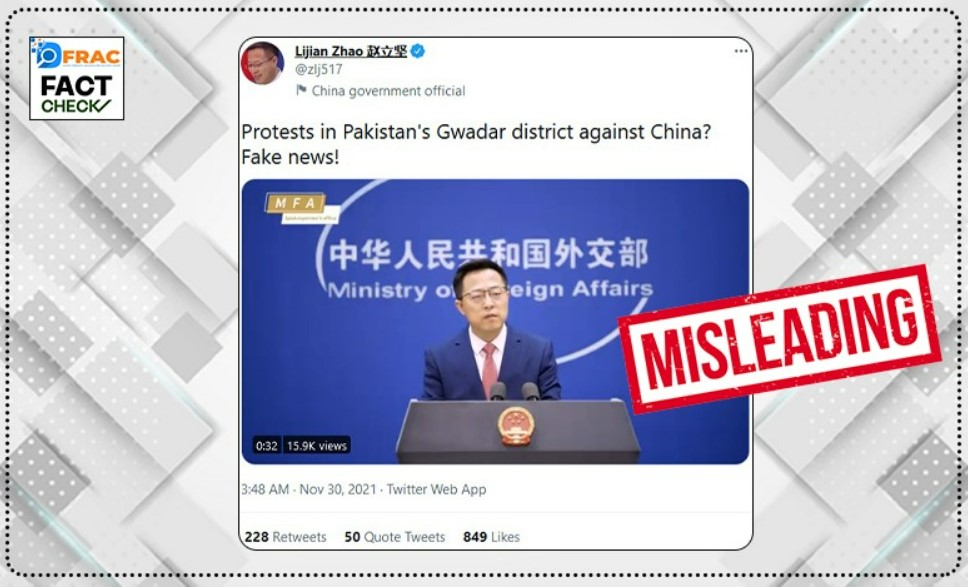 A verified twitter account of the Chinese Government Official, Lijian Zhao 赵立坚 has posted a video claiming that the social media users are spreading fake news that there was no protest in Pakistan’s Gwadar district against China.

The protests in Gwadar, Balochistan started on 16 November, 2021 and has been continuing till date. Even women and children have joined the sit-in, calling it a “Gwadar ko haq do” movement. The demands made by the protestors include illegal fishing by Chinese trawlers, no development from CPEC, basic rights like electricity and water and many more.

There are many clips of Balochistan protest against China that are being viral on social media. Even the Pakistan News media Dawn News has covered the protest.

Many Quetta journalist have covered this protest including Zain Ud Din Ahmed and Ali Raza Rind.

Chinese government officials and Chinese sponsored media are trying to mislead the world by stating that there was no protest in Gwadar against China. So, the claim made by the Chinese ambassador is misleading and fake.