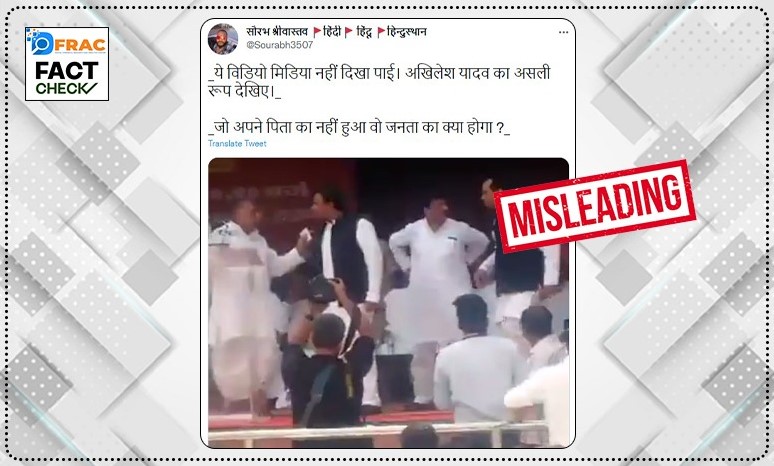 As the UP elections get closer, the amount of fake news spreading online is also increasing. In this light, a video of an argument taking place between Akhilesh Yadav and Shivpal Yadav at a rally is going viral on Twitter and Facebook.

In the video, it can be seen that Shivpal snatched the microphone from Akhilesh and said that Akhilesh Yadav is a liar.

We performed a keyword search along with a search of the frames of the video and found that the same video was posted in October,2016 by Catch News on Youtube.

We also found news articles of the same incident that detailed the argument. Akhilesh’s father Mulayam Singh Yadav sided with Amar Singh and Shivpal when Akhilesh began to slander Amar Singh for his remarks.

According to Deccan Herald, “The proceedings reached a flashpoint when Akhilesh accused Rajya Sabha member Amar Singh, who recently returned to SP, of having planted a story in a leading English daily in which he was called ‘Aurangzeb’ and Mulayam ‘Shahjahan’. Mughal emperor Shahjahan was imprisoned by his son Aurangzeb in his last years.”

Therefore, it clearly states that this is an old and misleading video that was shared as new.