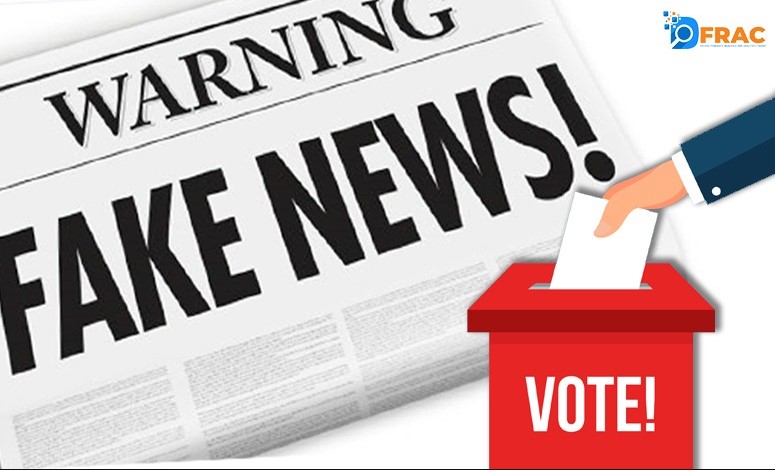 It was some time ago. A company doing media management work in the election was given the task of turning the vote of the people in their favour by a political party in a particular area. The company collected the profiles of all the voters living in that area. Decoded their likes and dislikes. After this, it started sending more and more posts of its choice on their timeline and WhatsApp. Later, the content of the post was changed somewhat and posts were sent by linking to that particular party. In just 5 months, the media management company tried to brainwash 90 percent of the people. And thus began the fake news and political propaganda through it to influence voters before and during elections in the world’s biggest democracy, India.

Can social media influence the mood of the voters of the country and turn them towards any stream or party? Has social media become the strongest base for campaigning and influencing voters during elections? Is the privacy of common people also being attacked while using social media? How much is right and how much is wrong using social media? All these questions have arisen once again. Along with this, controversies have also arisen regarding social media during past and present general and assembly polls. In the past, the Election Commission on its part adopted several methods of monitoring social media. But Experts believe that it is impossible to control it completely.

After the raid on social media, major action has been taken in the direction of removing the content related to elections and fake news. During 2019 polls, atleast 628 content posts were being removed from social media on the instructions of the Election Commission. It had the highest number of 574 Facebook pages. At the same time, Facebook deleted more than 700 pages at its level. These pages were trying to influence voters with the help of wrong information. All of them had pages related to political parties.

How data is used

A BJP worker said that he creates WhatsApp groups and Facebook pages at his level. Then turn it into a sub-section. These are by city, region or community. After this, more and more people are added to it so that they can understand the ideology related to the party. The man, who runs a Facebook page in support of the party, said that he reaches one million people every day with his posts. At least half of them are active. After initially lagging behind, in recent times, Congress also started the tradition of using data on its behalf. For the first time, a data-research wing was created inside the party. According to election analysts, research of data was needed even earlier, but there were not so many resources.

These are the rules of the Election Commission

• Google will create a list of campaigns done by political parties on its platform and report it to the Election Commission every day. ‘Google’ will make a separate system for this during the election.
• Political parties will have to be told about every expenditure on social media. For this, complete information has to be filled in the form.
• After the election campaign is over, social media cannot be used for campaigning 48 hours before the voting. For this, social media companies will also monitor at their level.
• If any candidate or leader posts ‘hate speech’ on social media, then he will also come under the purview of action.

Controversy arose in America and Europe too

This is not the first time that social media is being talked about influencing elections. From America to Europe. It was alleged that election agencies used data from social media, especially Facebook, to influence elections. The case related to this is also going on in the Parliament of England. Similar allegations have been made in the election of Trump.

This is how tracking happens, this is how analysis happens

According to an agency working in elections, there is a format to decode Facebook profiles. Under this, after taking the profile of a particular person, his 10 post shares, 100 post likes and 20 posts are scientifically analysed. Also its network and group are analysed. According to the agency, pages related to politics are created by looking at these profiles and posts on them are also given in the same manner. For example, if someone is influenced by nationalism, then it is decided that he should face maximum posts related to it. If someone is influenced by a particular leader, then everything related to that leader reaches his timeline, it is also taken care of. About 500 catchwords have been created for the profile analysis in the politics of the country and the analysis is done accordingly. An expert related to this work said that from big companies to small agencies also work at their level. The reality is that taking the details of someone’s profile without the permission of the person and giving it to any other party is a violation of privacy and this issue is being debated in the country.

The Election Commission considered it the mainstream of election campaigns

During the 2014 general elections, 7,262 political pages were created in the country, on which about 10 crore dialogues were held. For the first time, people saw an election that had social media as a battlefield. Narendra Modi came out as a superstar here too. Social media not only broke news throughout the election but also emerged as a strong medium for opinion making of voters. Once again in this election of 2019, it has emerged more effectively in the political arena and it is also visible. According to new research, there are now about 300 such seats in the country, where people on social media have the power to influence the results of that seat. Obviously, the focus on social media has increased more, especially WhatsApp groups and Facebook have started being used more.
According to an estimate, there are around 1 lakh pages in 2019. The activism of social media in this election can be gauged from the fact that the Election Commission has considered this medium as the mainstream of election campaigns and has also issued guidelines to add the expenditure incurred in it to the election expenditure.

The Election Commission had sought permission from the government to take action against social media or digital platforms in the case of false advertising or election-related content in the same way as it has the right to take action against the media during elections. For this, necessary provisions were asked to be made in the law, but permission could not be obtained from the government.

The need of the hour is to move swiftly as even the landscape of the fake world is changing at great pace.