Fact Check: Awareness video about thugs given a communal colour 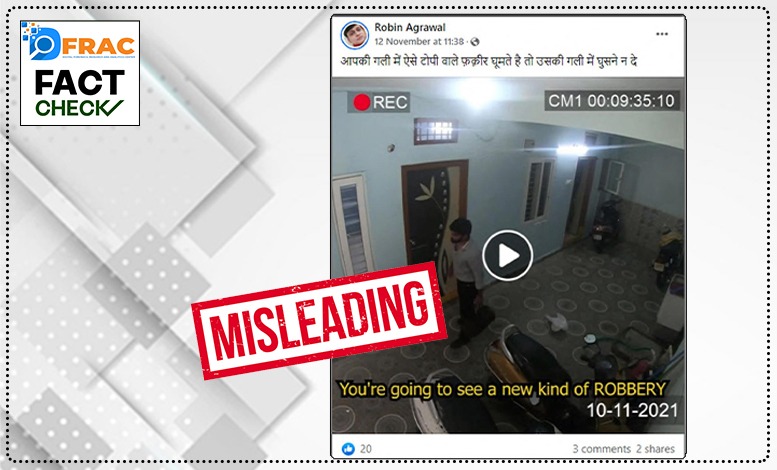 Many videos are also shared on social media for the purpose of making common people aware. But now the user is being misled by those videos. One such video was caught by our team. The video was initially shared to make the masses aware of how thugs attack but was given a communal color.

This video was shared by a user on Facebook with the claim that “if such fakirs roam your street, then don’t let him enter your street.” At the same time, a YouTube user also shared it and wrote, “Muslim pretender Baba targeted the people of Hindu community which was caught on camera.”

When our team saw this video, it was found that this video was first shared by a Facebook page named ‘Rock on Media’. The caption of the video also clarified that there are scripted dramas and parodies on this page. These short movies are made for entertainment and educational purposes only.

Apart from this, while giving a disclaimer at the end of the video, it was said that this video was made for the purpose of educating and entertaining people. The story attached to the video is taken from everyday events. It is noteworthy that this type of robbery is a common occurrence in common life. In such a situation, everyone needs to be alert.

This video made for the purpose of awareness is being shared with a communal color. So this video is misleading.