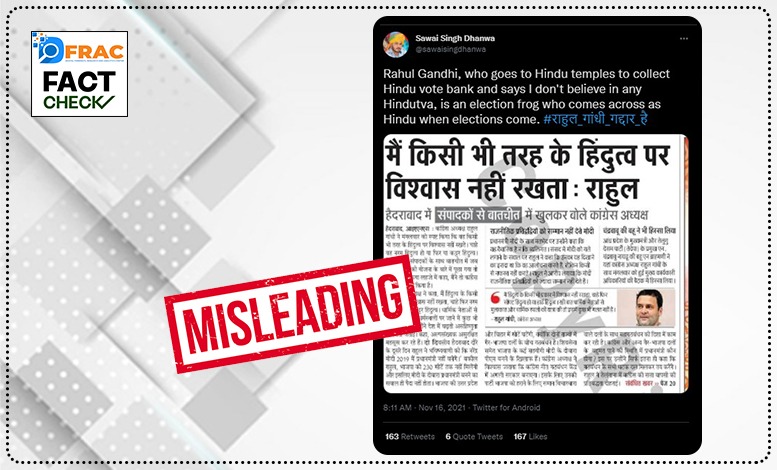 The hashtag #राहुल_गांधी_गद्दार_है is trending on Twitter with thousands of tweets. Within this hashtag Congress leader Rahul Gandhi is being criticised and slandered upon with a great ferocity. Apart from the hate, a lot of fake and old news is also being shared by many users.

Amongst these posts, we found that a newspaper clipping was being posted over and over again by users.

The clipping quotes Rahul Gandhi saying that he does not believe in any kind of Hindutva. The clipping is being used to polarise the voters ahead of UP elections.

However, after we performed a keyword search on the clipping, we found that the news was actually reported in 2018.

Since the clipping is old, with our analysis it is evident that an old clip is being used to lure the voters in a particular manner. This claim is misleading. 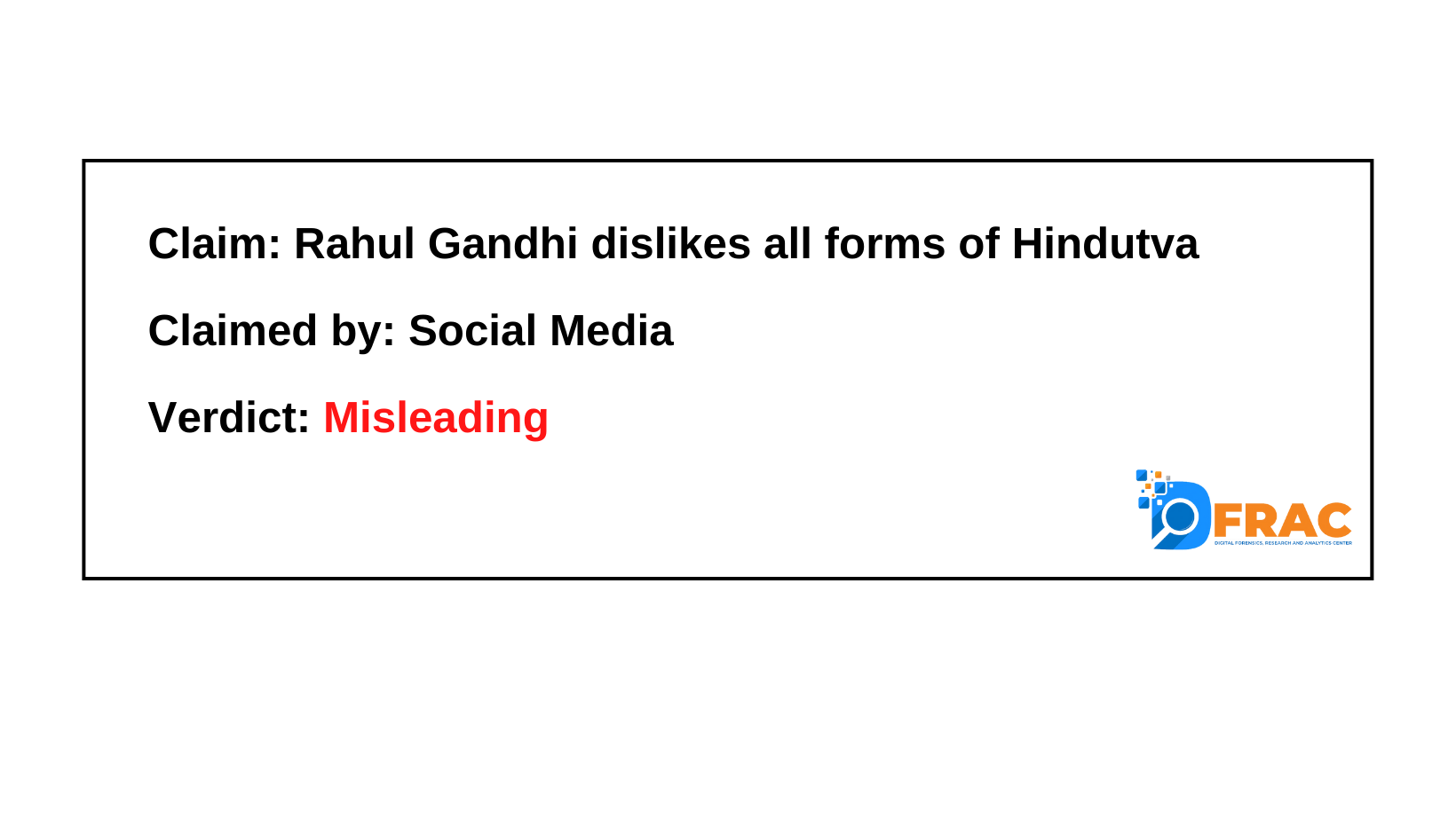