Fact-Check: Modi dresses in Pope’s robes at the Vatican? 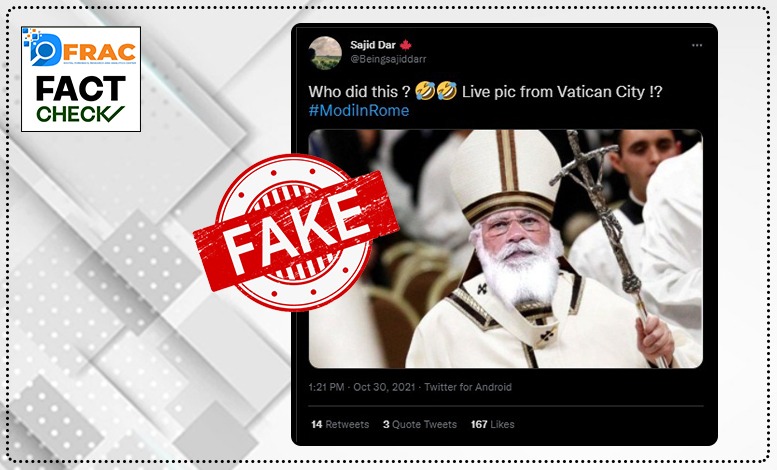 On October 30,2021 PM Modi visited the Pope in Vatican City while on a trip to Europe for Cop26. Amidst this, users on social media began posting an image of Modi dressed in the Pope’s garb.

Who did this ? 🤣🤣 Live pic from Vatican City !? #ModiInRome pic.twitter.com/jkbt2KtIof

We searched for news reports of the event and could not find any mention of Modi dressing up as a Catholic Priest. Moreover, after reverse searching the image we found pictures of the Pope dressed in the exact same outfit. Leading us to believe that the image is photoshopped. 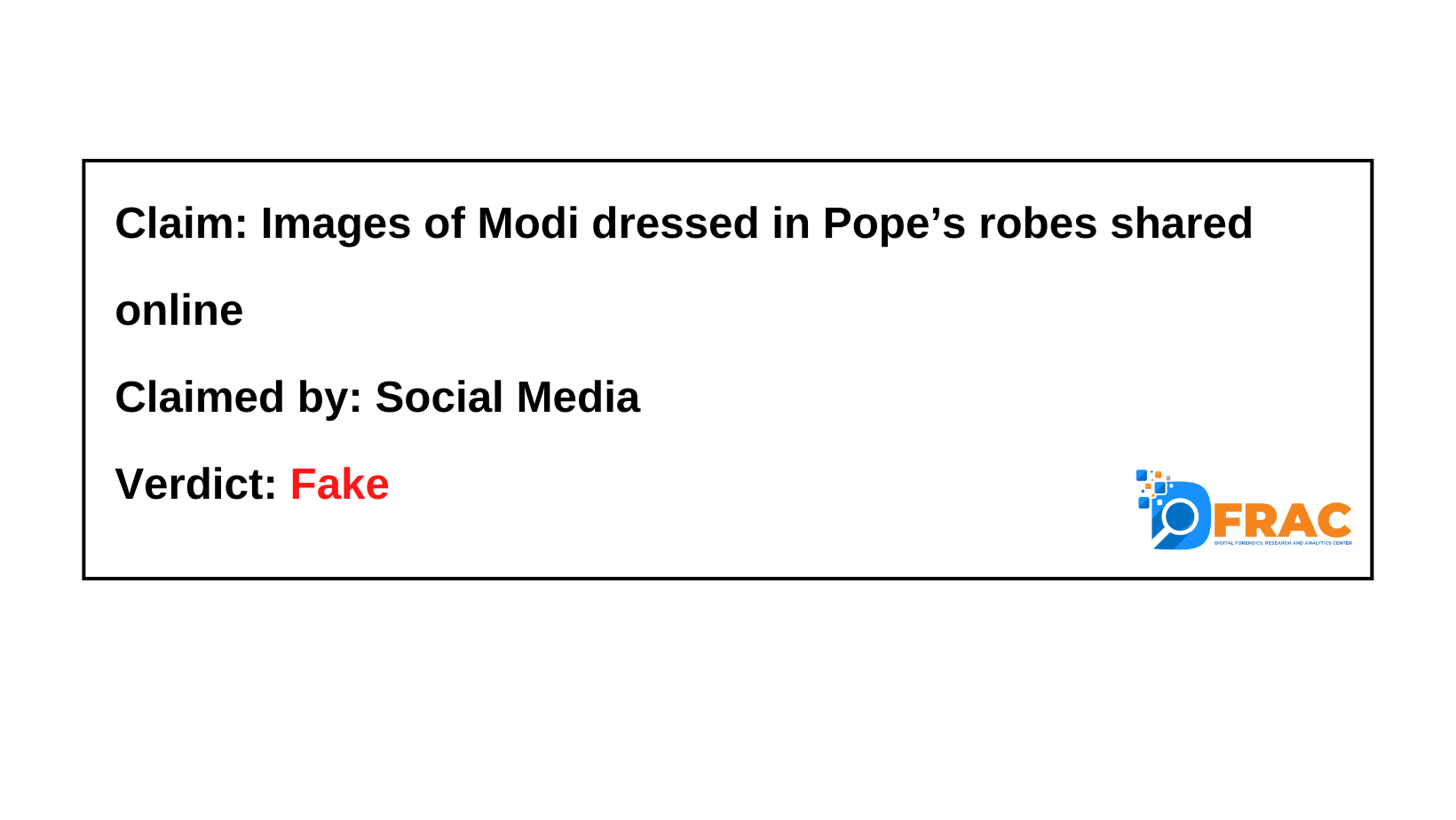