Fact-Check: Mangalnath Temple on Mars? Find out the truth behind this claim 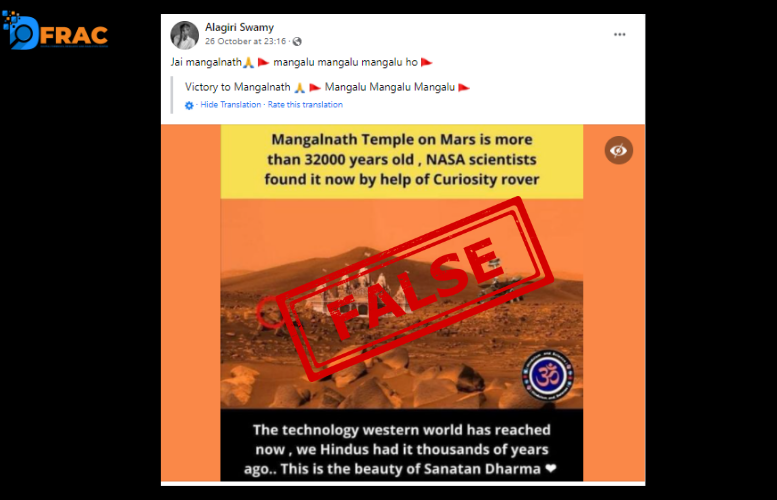 On October 26,2021 users on Facebook user Alagiri Swamy posted a fairly shocking claim. He posted an image which claims that  there is a Mangalnath Temple on Mars. The temple was established over 32,000 years ago and claimed that western civilizations discovered this through the Curiosity Rover further solidifying the claim that Hindu has the technology of space travel thousands of years ago.

The claim on its own looks fake because of the bad photoshop skills. However, to substantiate our verdict we performed a reverse image search and found that the image was used in an article by Deccan Herald on May 12,2021 but without the mandir photoshopped into it. The caption of the image reads,”This NASA photo obtained May 12, 2021 shows NASA’s Perseverance Mars rover using its dual-camera Mastcam-Z imager to capture this image of “Santa Cruz,” a hill about 1.5 miles (2.5 kilometers) away from the rover.”

Since the image is very obviously photoshopped, this claim is fake. 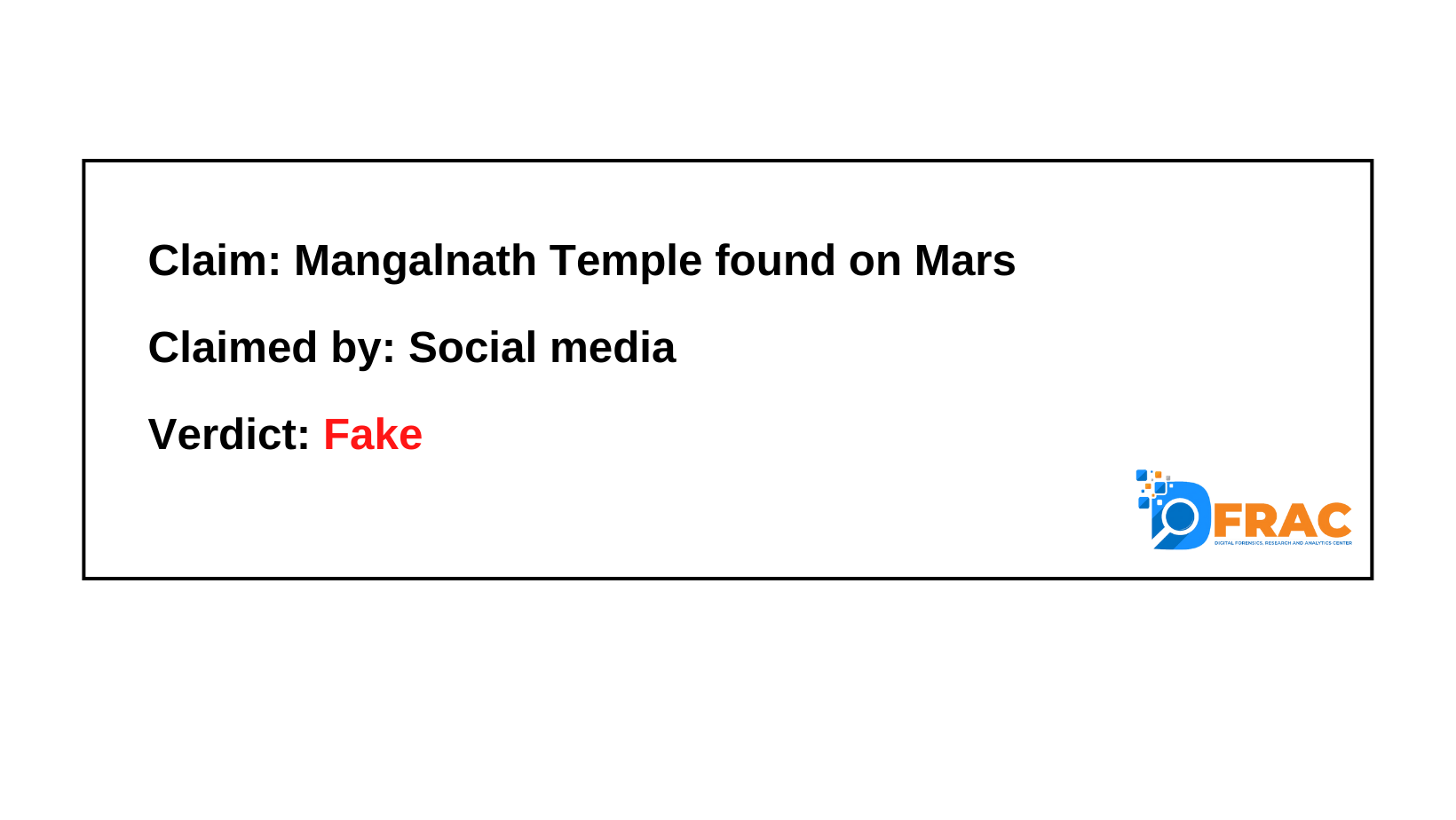