Fact Check: Demonetisation in Pakistan? Know the truth of the viral currency notes 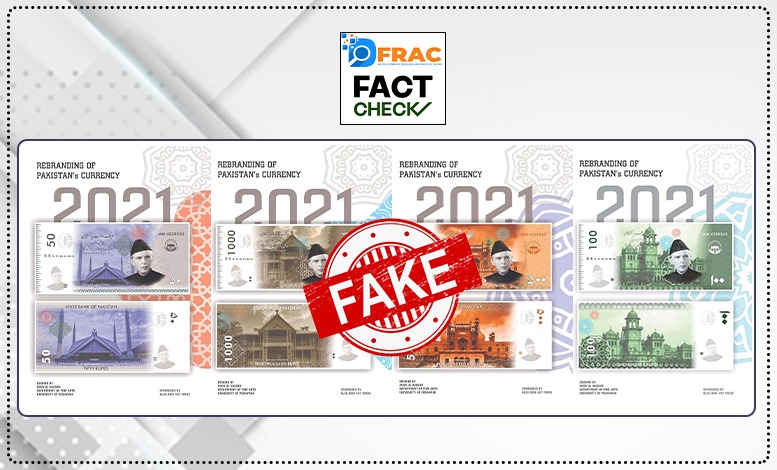 It has been five years since the demonetisation took place on November 8 in India. Now there is talk of demonetisation in the neighboring country of Pakistan. Actually, many pictures of new notes are being viral on social media in Pakistan.

In viral pictures, it is being claimed to introduce new currency of 50, 100, 500 and 1000 rupees. Along with this, it was also claimed that any new currency in Pakistan will now be in plastic notes.

However, these pictures are fake. The Central Bank of Pakistan categorically denied that new notes have been introduced in the market.

The State Bank of Pakistan (SBP) on Monday said on Twitter that pictures and videos of the new currency notes circulating on social media are fake and no such proposal is under consideration.

Some fake news regarding new designs of currency notes is circulating on social media. #SBP categorically denies the news and clarifies that no such proposal is under consideration at the moment. pic.twitter.com/Dnt1Yb3QRP

“Some fake news is being circulated on social media about the new design of the notes. SBP categorically denies this report and clarifies that at present no such proposal is under consideration”, declared the official Twitter account of the bank.