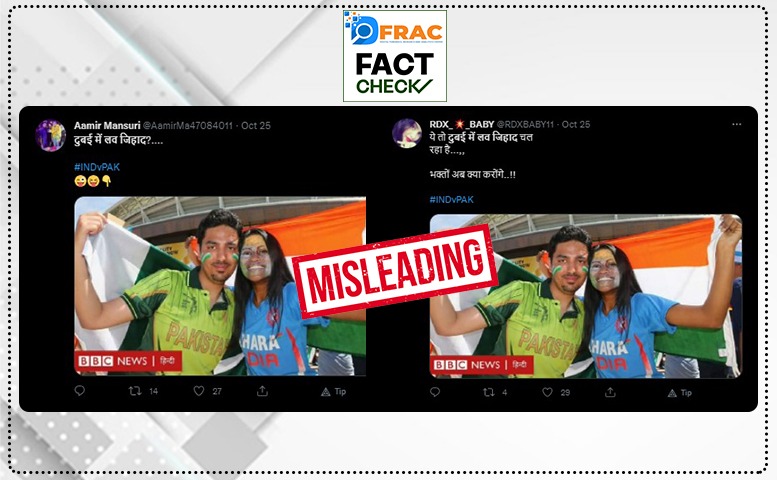 On October 24,2021, India and Pakistan played their first match against each other at the T20 World Cup in Dubai. India suffered a huge setback and lost the match to Pakistan.

Post the match, many users on Twitter began sharing a photo stating that ‘love jihad’ is taking place in Dubai. The image shows a Pakistani cricket supporter and an Indian cricket supporter posing together for the camera.

However, after performing a reverse image search  we found the image on the stock image website Getty Images. The image is captioned “Pakistan and India supporters pose with their flags outside of the ground during the 2015 ICC Cricket World Cup match between India and Pakistan at the Adelaide Oval on February 15, 2015 in Adelaide, Australia.”

Since the image was taken in 2015 and not at the recent match in Dubai, this claim is misleading.