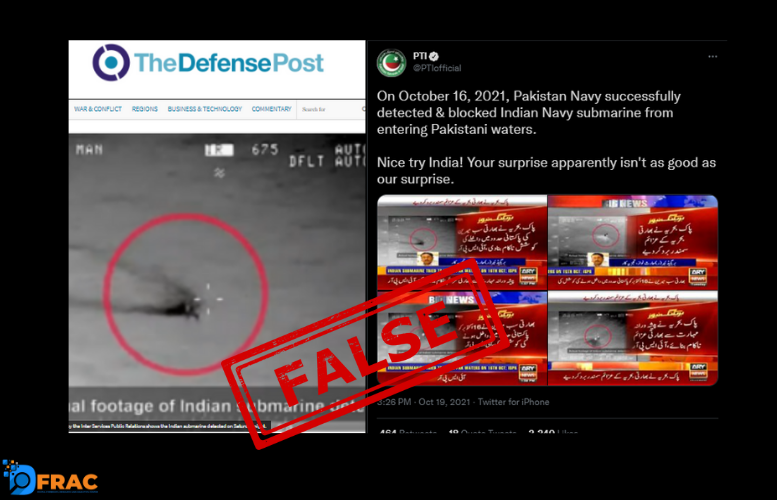 On October 19,2021, Pakistani news channels claimed to have successfully blocked an Indian Navy submarine from entering Pakistani waters. The claim is supported by the ‘actual footage’ of the submarine in a river body.

The news was covered by outlets such as Dawn, Pakistan Today and even Hindu.

We performed a keyframe and keyword search on the footage and found reports dating back to 2019 when Pakistan made a similar claim. In 2019, Pakistan accused the Indian Navy of entering their waters and posted the same footage then as well.

Here is a segment by Economic Times posted in March,2019 using the same footage.

Since the video is clearly old, this claim is misleading.