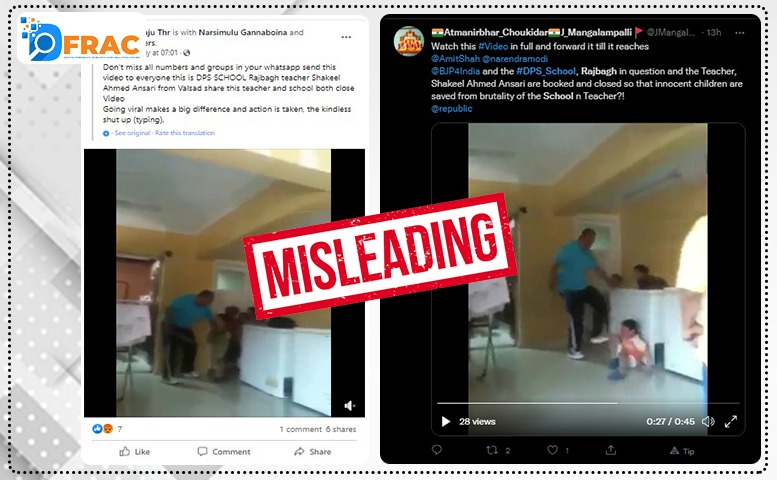 The video shows a man brutally beating up children with a stick until they burst into tears.

The children look extremely young and could not be older than 5 years of age.

Users are attributing this spine-chilling video to Delhi Public School, Raj Bagh which is in Jammu and Kashmir. Users have identified the teacher as Shakeel Ahmed Ansari.

After performing a keyframe search on the video, we found news articles on the same video posted in 2014. As per Daily Mail’s report in 2014, the video was taken at an orphanage in Egypt and it was the orphanage manager who was beating these children up.

As per the report, the man  Osama Mohamed Othman was immediately arrested after the video went viral.

Since the video is old and is from Giza, Egypt, this claim is false.