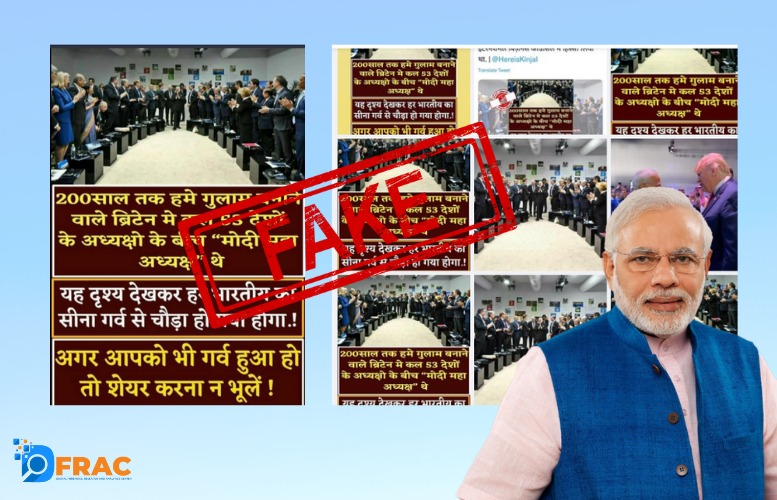 A photo showing Prime Minister Narendra Modi being welcomed with an applause is going viral on Facebook and Twitter. In the picture, Modi can be seen standing at the centre of what looks like a conference.

This is being vigorously shared on Facebook in the form of a graphic.

However, the same claim on Twitter was shared in 2018 and not this year.

Since the claim was previously shared in 2018 we already know that the image is old. However, after we performed a reverse image search on Google we found news headlines on Modi’s participation in the International Business Council in Davos in January 2018 where he met with global CEOs to discuss business partnership. The image was shared by officials from Ministry of External Affairs as well.

We also found a fact-check report by AltNews that had previously fact-checked the image when the image was photoshopped to show PM of Pakistan Imran Khan trying to hide from the picture.

Since the image is old and there were no world leaders present there, this claim is false.