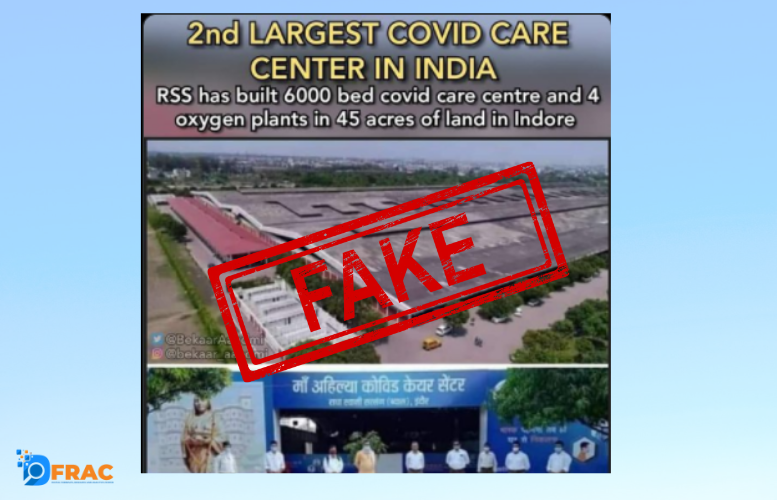 On October 13,2021, a hashtag named #RSS_देश_की_शान begun trending on Twitter. Within this hashtag, users who support RSS came forward and voiced their support for the Hindu nationalist organisation.

Within this hashtag users particularly used an image of a compound stating that RSS workers built India’s second largest COVID-19 care facility with 6000 beds and 4 oxygen plants in Indore.

The image is being shared vigorously within this hashtag.

We performed a few key word searches that led us to news articles on the Indore administration’s decision to turn the Radha Swami Satsang Beas trust ground into a COVID care facility.

We also found tweets by Madhya Pradesh’s Chief Minister who thanked the trust in building this centre but we found no mention of RSS.

News reports also reported that the tasks for example food preparations were all being done by the trust. Additionally, the trust clarified to India Today that there is no link between the trust and RSS. Further adding that only 75 RSS workers are volunteering at the facility and that is about it.

Since the RSS did not fund nor participate in a large number this facility,  this claim is fake.