Fact-Check: Shah Rukh Khan credits Muslims for all his success 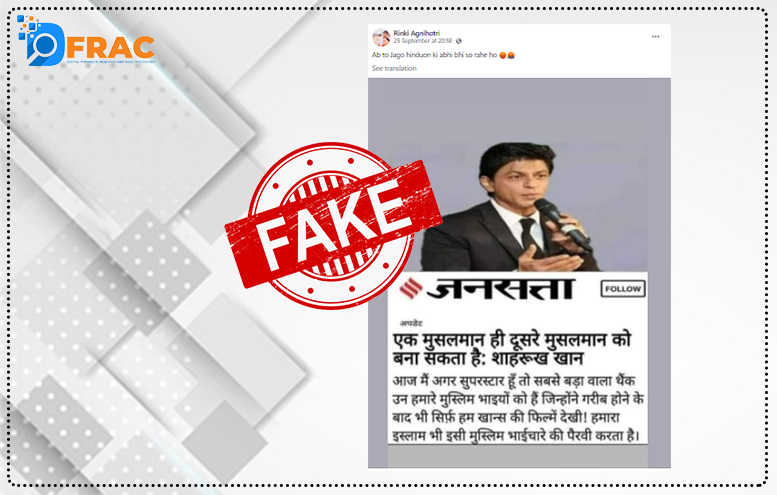 In the last 5 days or so, a newspaper clipping of Jansatta has been going viral on Facebook and Twitter. The newspaper clipping shows a picture of Bollywood actor Shah Rukh Khan along with a little bit of text which says that he credits of his success and fame to his Muslim brothers and that this brotherhood is what makes their religion unique.

Upon reverse searching the image, we found nothing of this sort on Jansatta’s website or any other platforms. We did however end up finding a clarification on the issue from Jansatta themselves. They clarified that they have never done such a story and that no such news has been revealed.

Since no such statement was issued by Jansatta, this claim is fake.