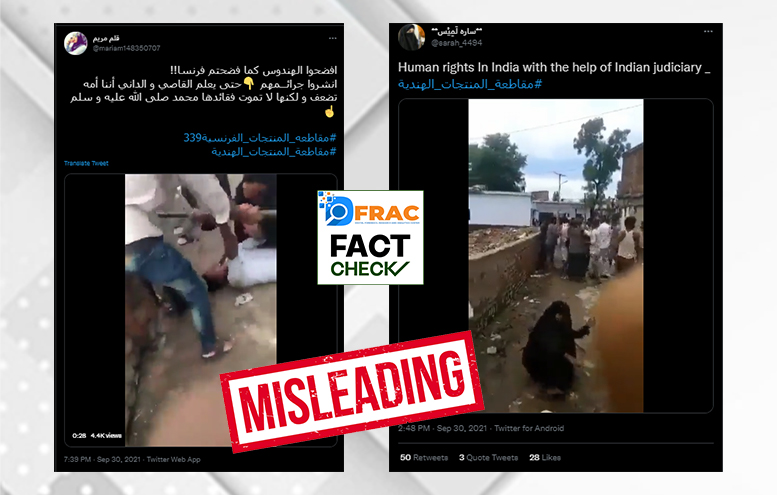 In the last few days, Middle Eastern twitter have started raising slogans against India demanding that everyone should boycott Indian products because of how Muslims are treated in India. Within this hashtag, many used violent videos to show how people are being beaten up in India. One such video posted by many users shows the man being brutally beaten up by a group of men. We then see a burqa-clad woman try and save him from the beatings.

Upon reverse searching the key frames of this video we found that many users and news outlets had already reported on the incident in July,2020. We found several similar claims dating back to the same time.

However, we also found reports on the issue which stated that there was no communal angle to the issue. The Muslim family beaten up in the video were being beaten up by other members of the same community. The incident took place in Siddarthnagar, UP and the police officials also came out with a statement saying that this video has been falsely communalised.

Since the video had already been debunked as not a Hindu-Muslim issue, the claim made is misleading.