Fact Check: Has The Popular Sri Lankan Singer Appointed as The Cultural Ambassador of India? 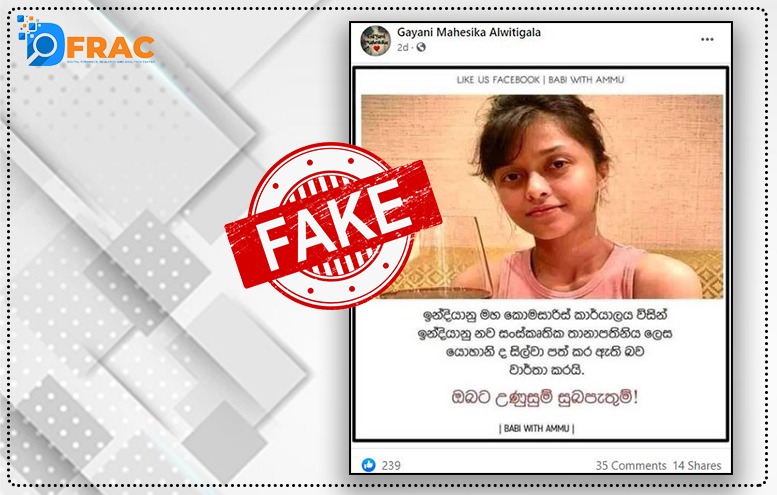 A post got viral on Facebook which reads “It is being reported that the Indian High Commission has appointed Yohani De Silva as the new Indian Cultural Ambassador/ Congratulations!”. The post was published on 20th September in Sinhala language.

The post shows a photo of a Sri Lankan Singer Yohani. Her cover “Manike Mage Hithe” was released in May and went viral in all over India. It has amazingly more than 120 million views on YouTube.

After some analysis, our team found out this claim to be misleading. The Indian High Commission said that a post from Facebook from 18th September congratulated Yohani for her success of her song “Manike Mage Hithe” and dubbed her “the newest cultural Ambassador” had been misinterpreted.

“A proud moment as the newest cultural Ambassador Yohani is feted by national TV networks in India. And why not? With >110 million YouTube views, her #manikemagehithe has captured millions of Indian hearts from celebrities to common people. True spontaneity and depth of thousands-year old India-Sri Lanka relations at its best!” read the post by The Indian High Commission.

There has been no such declaration that Yohani has been appointed as a cultural ambassador. Therefore, this claim is considered as misleading.