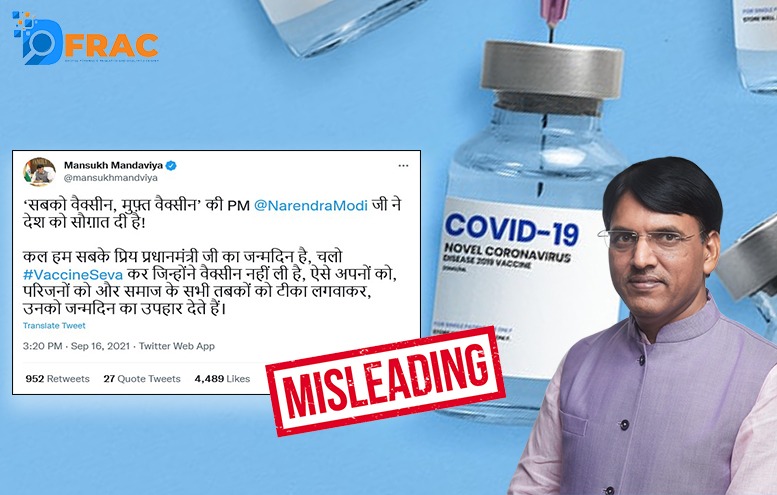 A tweet got viral of Mansukh Mandaviya who is serving as Minister of Health and Family Welfare and Chemical and Fertilizers of India. He called for a major push to the COVID-19 vaccinations drive during Prime Minister Narendra Modi’s birthday on Friday, 17th Sept, saying it would be a perfect gift for him.

“Prime Minister Narendra Modi has given a gift of ‘vaccine for all, free vaccine’ to the country. Tomorrow is the birthday of our beloved prime minister, let’s do #VaccineSeva by helping all unvaccinated people including their loved ones, family members and all sections of the society by getting them vaccinated. This would be a birthday gift for the prime minister,” read the tweet in Hindi on Thursday, 16th Sept.

After doing some research on this by our team we found out that this tweet of MP Mansukh Mandaviya is considered as misleading as vaccines are not free in the private hospitals.

The news on costs of vaccines was also published by The Hindustan Times and Economic Times.