Fact-Check: No, Arvind Kejriwal does not hate Gujaratis, BJP MLA posts a video out of context 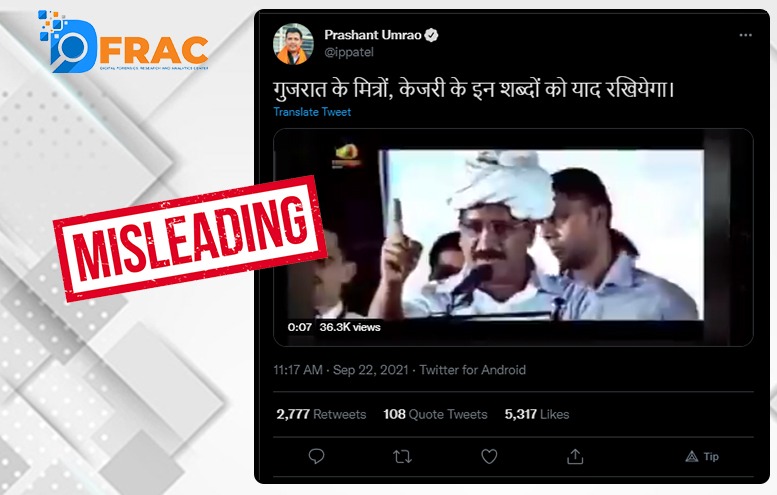 Upon reverse searching the key frames of this video we found that the full length of the video was posted by Aam Aadmi Party’s YouTube page and Kejriwal’s allegation segment starts around 14:45 mark.

In the full video, Kejriwal can be seen talking about Amit Shah before the statement is cut out. Kejriwal accused Shah of curbing dissent in the state and criticized his role in the clashes that took place between forces and Hardik Patel-led agitators.

Kejriwali’s full statement was, “Amit Shah has a warning for Gujarat, Amit Shah has a challenge for Gujarat that I will run Gujarat as I wish, if you protest against me, I will crush you. People of Gujarat, do whatever you think you can, about this.”

However, the video posted by Umrao clips the audio to make it sound like he hates Gujaratis. Therefore, this claim is misleading.