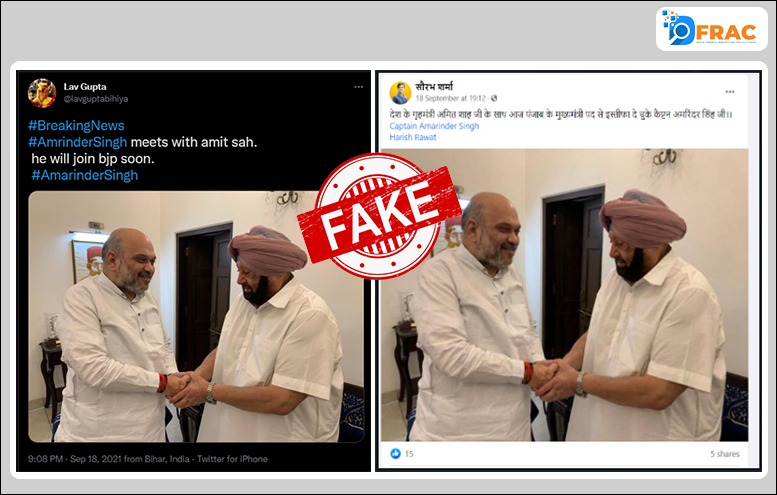 As soon as Capt. Amarinder Singh resigned from the post of the Chief Minister of Punjab, many questioned whether he would be joining the ruling party BJP as the tussle within Congress was the reason he resigned. This prompted many to take to twitter to give their opinion on the matter.

Very soon some started to post pictures of Singh meeting the Union Home Minister Amit Shah and claimed that he will be joining the BJP soon. The image went viral on Facebook and Twitter.

Upon reverse searching the picture on Google, we found various news articles dating back to 2019 who covered the meeting between Singh and Shah. According to reports, Singh met Shah in order to seek 25 CAPF companies and anti-drone gadgets for BSF owing to security situation of Punjab.

Since the image is old and there have been no reports of Singh meeting any member of the BJP, this claim is fake.