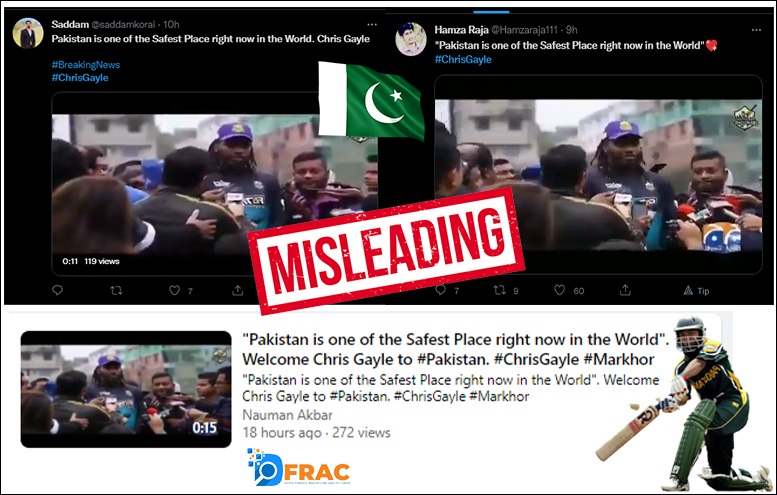 After New Zealand, England became the second country to cancel its cricket tour in Pakistan citing “security concerns”. This decision was taken on September 20,2021.

The safety of players has become a major issue in Pakistan due to possible attacks that could take place after the Taliban took over Afghanistan.

Amidst this, a video of West Indies cricketer Chris Gayle seems to be going viral on Facebook and Twitter. Multiple handles, mostly from Pakistan, are posting a video of Chris Gayle calling Pakistan “one of the safest countries in the world”.

Upon reverse image searching the key frames of the video, we found that the video was taken in January,2020 and we found various clips of the same interview from back then.

Owing to the recent cancellations of cricket matches in Pakistan due to security issues, we deduce that this video was made viral only for the purpose of misleading people into thinking that Gayle claimed that Pakistan is safe to go to in today’s time. This claim is misleading.