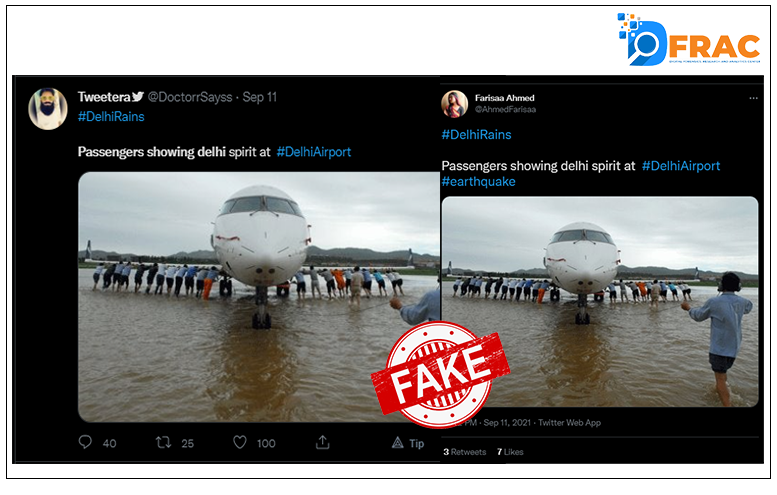 In the past week many videos of flooding in Delhi have been making rounds on social media. Many videos showing ankle deep water logging have been going viral.

One particularly shocking image that was posted by many is of an aircraft being pushed by people on what looks like a flooded runway.

Upon conducting a reverse image search, we found that the image was first posted in 2007 in Chinese media. As per news articles, this image is from when an airport in Yantai was flooded after constant rains.

Since this image is old and is from China, this claim is fake.