Fact-Check: Did the Indian-owned British Herald declare PM Modi as ‘World’s most powerful person” because of his management of the COVID-19 pandemic? 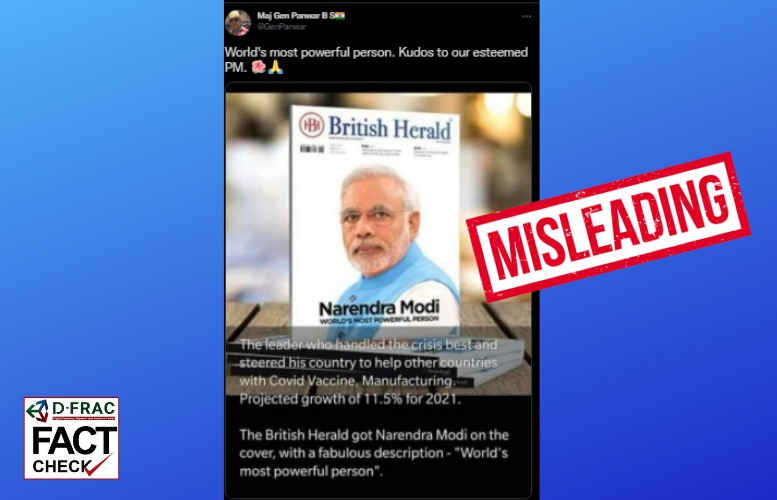 On September 12, 2021 , an image of PM Modi on the cover of the British Magazine “British Herald ” started to go into circulation on Twitter.

User claimed that the magazine has declared Modi the most powerful person in the world based on how well he handled the COVID-19 pandemic and helped other countries manufacture vaccines. They also claimed that Modi is responsible for the projected GDP growth of 11.2% in 2021.

This claim was first circulated in February , where users claimed it to be the latest edition of the magazine.

Additionally, AltNews and twitter user @SamSays dug deep into the dubious nature of this magazine and its credibility and found out about its owner who is in fact an Indian. You can read the entire thread here.

This claim is therefore misleading.