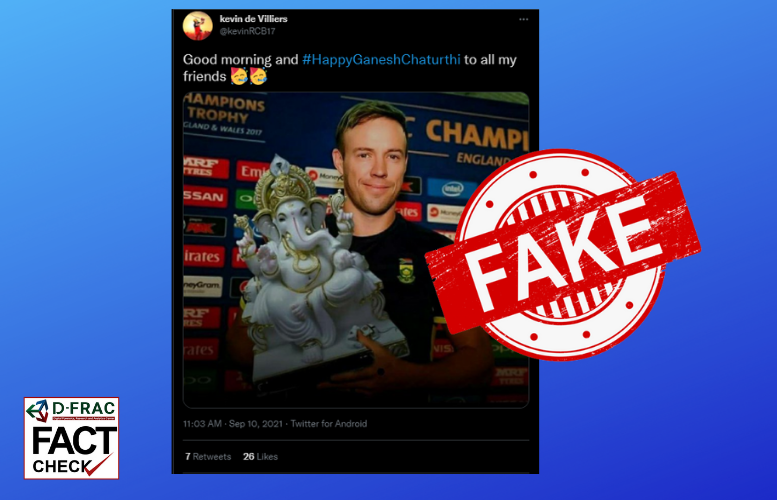 With Ganesh Chaturthi festival still being celebrated all throughout the country, many pictures and videos are making rounds on social media. One such picture is of the South African cricketer AB de Villiers.

Upon searching the key words visible in the frame such as “AB de Villiers and Champions Trophy 2017 ” we were led to various news articles and tweets of Villiers holding a trophy in his hands in the same jersey and similar lighting.

The image was taken in 2017 in a press conference during the ICC Championship event.

Therefore this claim is fake.