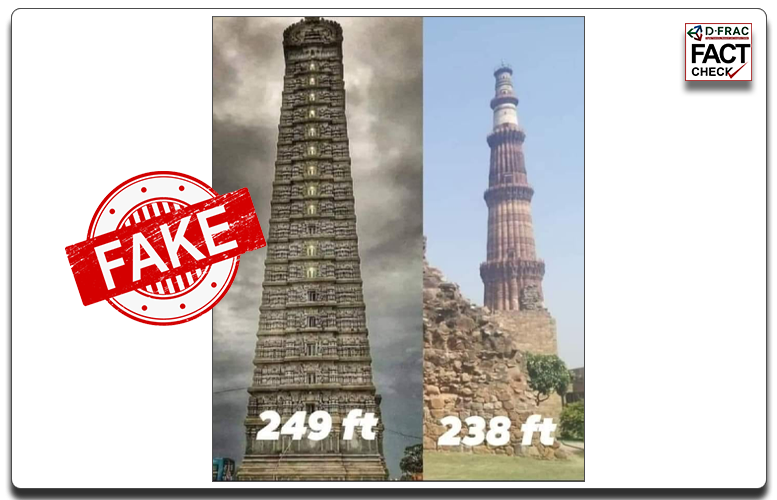 On September 10,2021, a twitter user by the name of Nikhil Aggarwal posted an image of a the gopuram at Murudeshwar along with Qutub Minar, side by side, comparing their heights.

The post has over 4.6k likes and has been retweeted a lot as well.

Fact-Check : Upon trying to find out whether the height of this gopuram was really 249 ft, we searched the claim on Google. We found numerous credible sources that established the fact that the height of the gopuram is infact 237 feet and not 249ft.

Additionally, the height of Qutub Minar is indeed 238 ft.