Fact-Check: Video of man with bazooka is not a part of the Afghan resistance army in Panjshir Valley 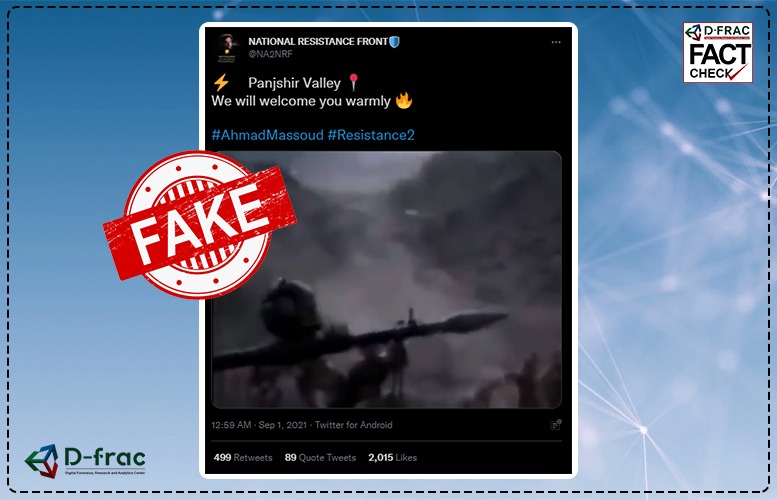 Recent news reports have claimed that Panjshir Valley, an Afghan resistance army stronghold, has been captured  by the Taliban. However, videos and images of the conflict zone have been circulating online and some of them are not credible.

On September 1,2021, an account by the name of National Resistance Front posted a video showing a man carrying a bazooka and firing on enemies. The video was captioned,”Panjshir Valley, we will welcome you warmly” suggesting that this was a warning for the Taliban forces.

The video has been viewed over 93,000 times on twitter.

Upon  reverse searching the key frames of the video, we found that the video was posted by multiple accounts going as far back as 2015. The first video posted in 2015 claims that the fight is taking place between the Houthis and the Saudi Army. Another version posted by the news channel AlHadath claimed that this skirmish was again taking place in Yemen.

Therefore, this claim is false.