Fact Check: “This was not said by me.” Ratan Tata On Wrongly Attributed Quote On Liquor Sales

“Liquor sales should be sold through Aadhaar card. Government food subsidies should be stopped for alcohol buyers [sic],” the quote attributed to industrialist, philanthropist Ratan Tata read. “Those who have the facility to buy alcohol can definitely buy food. When we give them free food they buy alcohol,” it continued.

Later, Ratan Tata, Chairman Emeritus of Tata Sons, himself took to Instagram to flag this quote wrongly attributed to him. “This was not said by me. Thank you” he wrote while sharing a screenshot of the post, along with the GIF with the words “Fake News”. 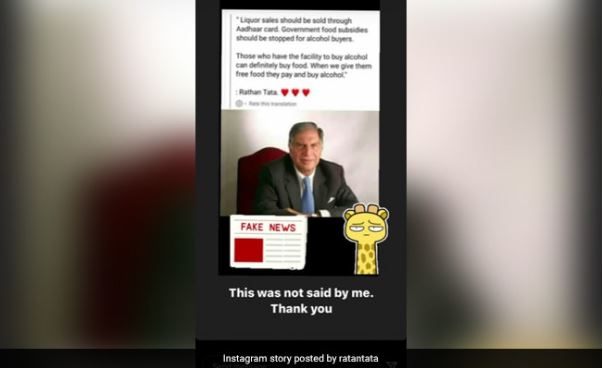 Although, this is not the first time that Mr. Tata has had to flag a quote wrongly attributed to him. Last year, he gave a clarification after a post with remarks attributed to him – linking “huge downfall of economy” to the coronavirus pandemic – was widely shared on social media. 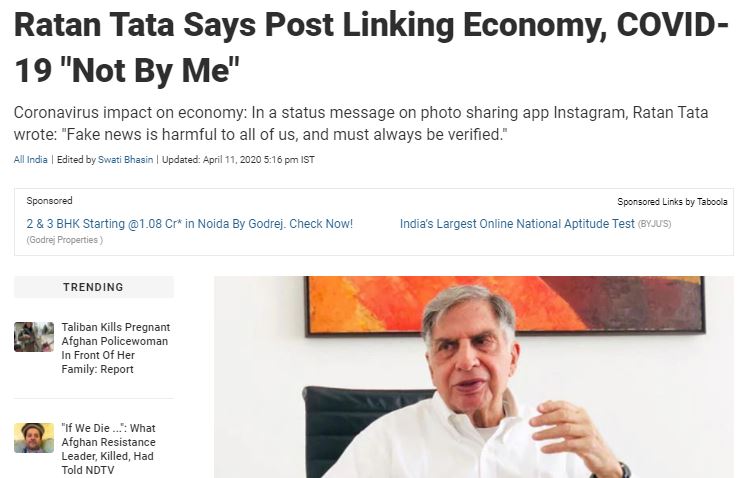