Fact-Check: Video posted by Sudhir Chaudhary and Republic TV, of man hanging from a helicopter was not executed by the Taliban 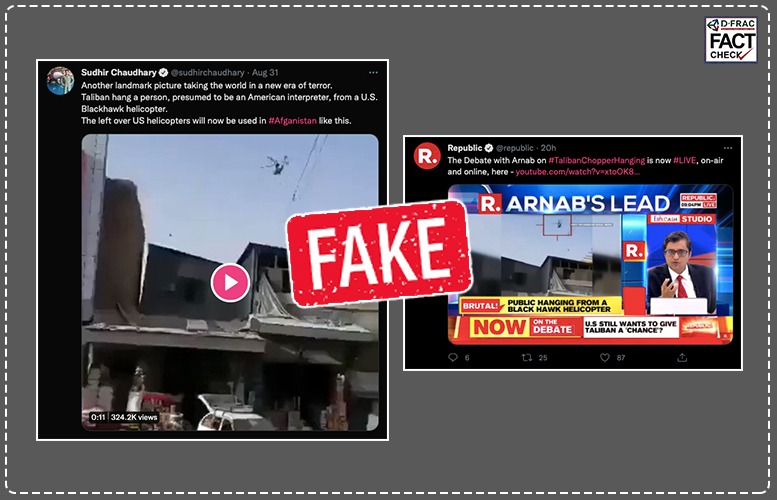 On August 31, 2021, a video of a helicopter went viral on social media. This video vaguely showed a man hanging from the helicopter. This video was claimed to be from the Taliban occupied Afghanistan.

The video was repeatedly tweeted by multiple sources including Sudhir Chaudhary who tweeted the video. The video was played on a telecast on Republic TV as well. Republic TV claimed that a man was hung from the US made helicopter and was killed by the Taliban.

Upon reverse searching the key frames of this video, we found that the video was first posted by Talib Times with the title “ Our Air Force! At this time, the Islamic Emirate’s air force helicopters are flying over Kandahar city and patrolling the city”.

In other angles of the same helicopter, it can be seen that the man is moving his hands and is alive.

Therefore, the claim made by Republic TV, Sudhir Chaudhary and other Indian news media outlets is false.