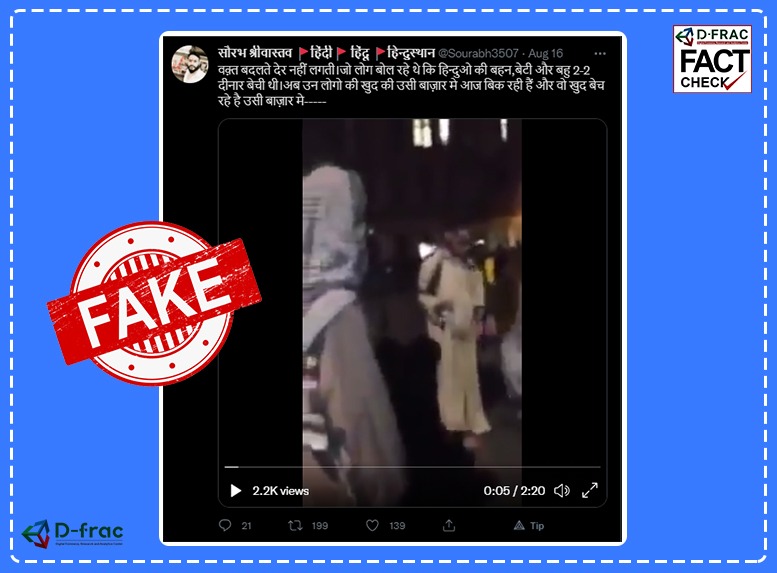 On August 16, 2021, a video showing men auctioning off women on the streets went viral on social media platforms all over the world. Various posts of the same video were viewed thousands of times since then.

The same video was posted on Twitter and Facebook again can be found here , here and here.

Upon reverse image searching the key frames of the video we found that the video is actually a longer than the clips posted on social media. The video was originally posted on 2017 on YouTube. You can watch the video here.

Incidentally, the image search led us to reports published by various media outlets in the UK that covered a protest by Kurdish activists in London against ISIS. Here is BBC’s report on the protest.

A similar image from the protest was trending on Twitter a few days ago with a misleading claim that DFRAC debunked here.

We can therefore conclude that this claim is misleading and false.