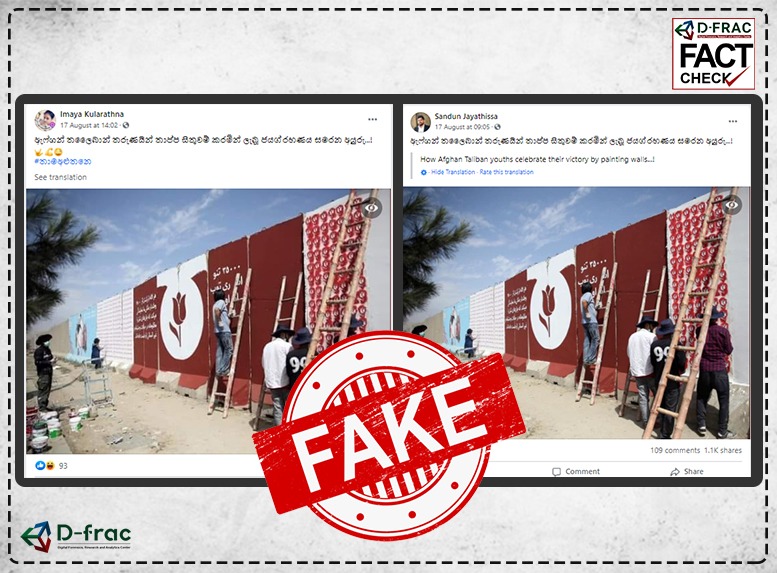 With a massive amount of news coming out of Afghanistan, there is also a steady stream of fake news that also seems to be spreading. Recently, a picture of a few people painting a mural was shared hundreds of times on Facebook and Twitter. People claimed that the people supporting the Taliban are painting murals in honor of their victory in Afghanistan.

This particular post has been shared over 1000 times and you can find similar posts here and here.

The image first came into circulation after the Taliban took control of all major provinces of Afghanistan including Kabul.

We reverse searched the image and found that the image was first used in an article posted by the Military Times.

The image has been credited to Nishanuddin Khan for Associated Press and the caption on the image reads: “In this Friday, Aug. 30, 2019 photo, independent Afghan artists paints tulips on blast walls in Kabul, Afghanistan ”.

Therefore the claim that the murals are being painted after the Taliban’s victory is false.