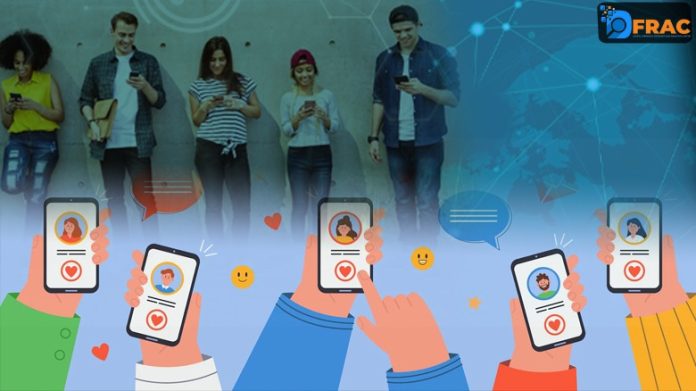 India is a country of diversity. Unity in diversity provides the basis for the dignity of its composite culture. Since the Vedic period, the inclusion of internal and external ideas in the composite culture has been the specialty here, so assimilation of any cultural diversity is accessible and achievable in India. In this context, the religious association has also been one of these characteristics, a striking example of this can be seen in Sufism, where there was a golden combination of Islamic monotheism and some of the characteristics of Indian religions and resulted in the successful follow-up of a synthetic religious ideology, but in the recent past. Over the years, India’s cultural diversity is shifting into cultural disparity, which is causing a loss of harmony among people, as well as a negative impact on cultural characteristics.

In a broad sense, communalism refers to the strong attachment of an individual to his community. Communalism is an ideology according to which a society is divided into different religious communities with different interests.
In simple words, communalism refers to that narrow attitude, which in the name of religion and sect gives importance to the individual to promote and protect the interests of his individual religion only against the larger interests of the society and the nation.
Scholars are of the view that communalism is the biggest obstacle towards the national integration of India, as this ideology emphasizes the essential unity of one’s own community against that of other communities. Thus, communalism promotes belief in orthodox principles, intolerance, and hatred towards other religions, leading to the division of society.

Communalism as a political philosophy has its roots in the religious and cultural diversity of India. Communalism in India has always been used as a political propaganda tool to create divisions, differences, and tensions on the basis of communal hatred and violence among communities based on religious and ethnic identities.
In ancient Indian society, people of different religions lived together peacefully. Buddha was probably the first Indian who introduced the concept of secularism. Meanwhile, kings like Ashoka followed a policy of peace and religious tolerance.
With the advent of Islam in medieval India, incidents like the destruction of Hindu temples by Mahmud Ghaznavi began to come to the fore.
Though religion was an important part of people’s life at that time, there was no communal ideology or communal politics.
Rulers like Akbar and Sher Shah Suri followed a tolerant religious policy towards the different cultures and traditions prevalent across the country. However, rulers like Aurangzeb were less tolerant of certain sects and other religious practices.

Communal violence is a phenomenon in which people belonging to two different religious communities mobilize and attack each other with a sense of hatred and enmity.
The partition of India in the year 1949 saw large-scale bloodshed and violence. After this, there was no major communal incident in the country till the year 1961, but only in the year 1961, the Jabalpur riots took place which was a big communal blow to the country.
A series of communal riots broke out in the 1960s, particularly in the eastern part of India – Rourkela (1964), Jamshedpur (1965), and Ranchi (67), where Hindu refugees from erstwhile East Pakistan were being resettled. was.
The riots in Ahmedabad in September 1969 shook the conscience of the nation. The apparent reason for these riots was that the Jana Sangh was passing a resolution on the Indianization of Muslims to oppose the leftist thrust of Indira Gandhi.
In April 1974, when the Mumbai Police tried to stop a rally of Dalit Panthers in Mumbai’s Worli area, violence broke out there, which took a serious turn over time.
Anti-Sikh riots broke out after the assassination of Indira Gandhi in October 1984, in which more than 4000 Sikhs were killed in Delhi, Uttar Pradesh, and other parts of India.
The Shah Bano controversy in 1985 and the Babri Masjid-Ram Janmabhoomi dispute became powerful tools to intensify communalism in the 80s.
The communal riots in the country reached their climax after the Babri Masjid was demolished by right-wing parties in December 1992. In the year 2002, several kar sevaks were killed in a fire in a compartment of the Sabarmati Express at Godhra station, which led to the start of the Gujarat riots in the country and killed over 1000 people.
The worst violent incidents in recent history were recorded in Uttar Pradesh in September 2013, when differences between Hindu and Muslim communities took the form of communalism in Muzaffarnagar district.
The incidents of mob lynching have increased very rapidly in the country since the year 2015 and according to the statistics, more than 90 people have died.
The recent communal riots in Delhi have once again exposed the widening gap between different religions in the country. More than 50 people have been killed in the riots at the center of the world’s largest democracy.

Influence of social media
Social media has played an important role in promoting communalism due to the rapid spread of fake news in the country. Audio-visual dissemination of riots and violence through social media violence has become much easier and faster. These dehumanizing graphic depictions of violence add to the general public’s hatred of other communities.

Instead of adhering to journalistic ethics and neutrality, most of the media houses in the country appear to be particularly inclined towards one or the other political ideology, which in turn widens the social divide.

In today’s time, communalism is used by various political parties to fulfill their political benefits. Communalization of politics as a process increases the intensity of communal violence in the country along with promoting communalism in India.

The lack of value-based education is generally seen in the Indian people, due to which they fall into the words of anyone without thinking and blindly imitate.

Unequal levels of development, class division, poverty and unemployment etc. factors create a sense of insecurity among common people. Due to the feeling of insecurity, people lose their trust in the government, as a result, various political parties, which are formed on communal lines, are resorted to by the people to fulfill their needs/interests.

Due to lack of trust and mutual understanding between two communities or oppression of members of another community by one community, a sense of fear, suspicion, and danger arises in them. Due to this psychological fear, an atmosphere of conflict, hatred, anger, and fear arises between people.

The police need to be well equipped to prevent communal violence. Local intelligence networks can be strengthened to prevent such incidents.
To prevent communal violence, peace committees can be set up in which persons belonging to different religious communities can work together to spread goodwill and remove the feelings of fear and hatred in the riot-affected areas.
This will prove helpful in preventing not only communal tension but also communal riots. Value-based education should be given to the common people of the country so that they do not fall easily into anyone’s words.
On value-oriented education, focusing on the excellence of children in schools and colleges/universities based on the values of peace, non-violence, compassion, secularism, and humanism as well as scientificity (implied as a fundamental duty) and rationality There is a need to emphasize which can prove to be important in curbing communal sentiments.
The existing criminal justice system should be reformed to provide speedy trials and adequate compensation to the victims.
Strong laws are needed to stop communal violence. The Communal Violence (Prevention, Control and Rehabilitation of Victims) Bill, 2005, therefore, needs to be vigorously implemented.