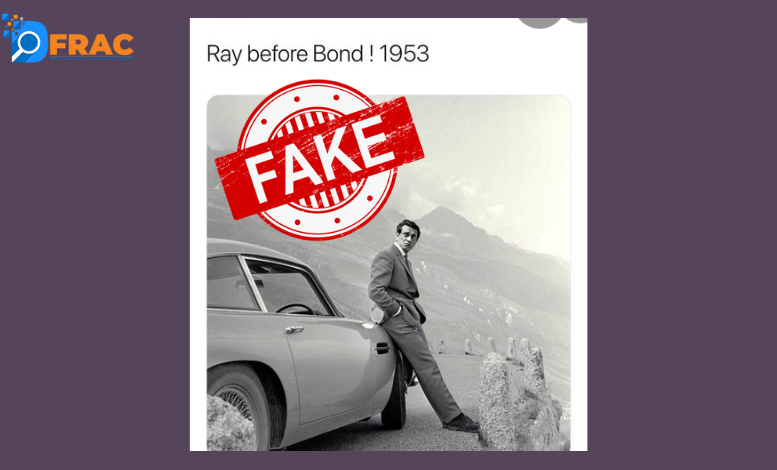 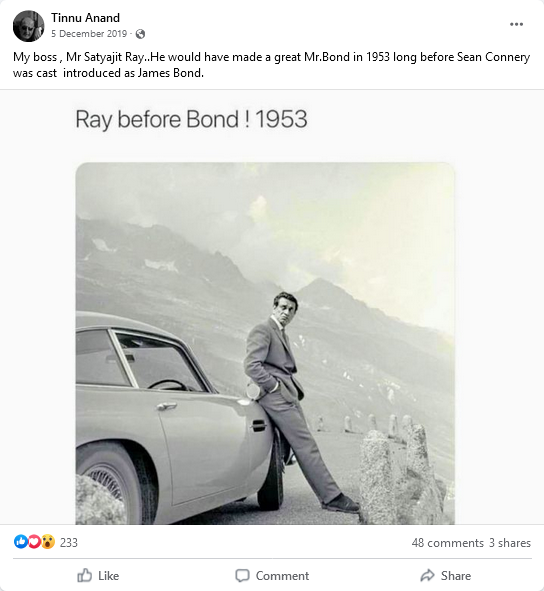 By Reverse image search on Google DFRAC found a picture from Getty Images. The picture is not of Satyajit Ray but of Dollywood actor Sean Connery, which was taken in 1964.

At the same time, this picture has also been posted in a photo gallery of theguardian.com.

This fact check proves that the claim being made by social media users is false and misleading, as the photo is not of Satyajit Ray but of Hollywood actor Sean Connery.

Previous articleFact check: Actor Arvind Trivedi, who played the role of Ravana in the serial Ramayana, passes away?
Next articleFact Check: Was a girl beaten up for dating a non-Muslim in America?