Fact Check: Know the reality behind the viral picture of Rahul Gandhi in the name of Nepal’s wedding. 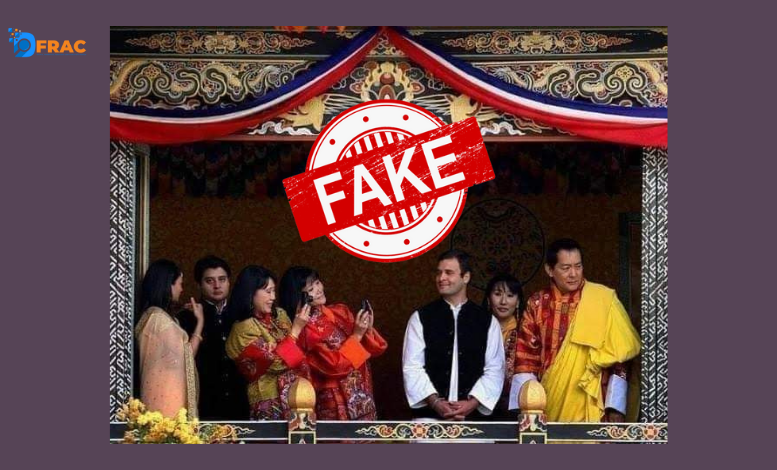 Recently, in Kathmandu, Nepal the wedding video of former Congress President Rahul Gandhi, his friend, daughter of former Nepalese ambassador to Myanmar Bhim Udas, and former CNN journalist Sumanima Udas was viral on social media in which he was seen with a woman.

The woman was seen having a drink, although it was being claimed that Rahul Gandhi was partying with Chinese Ambassador Hou Yanqi at a pub in Nepal.

Now another picture of Rahul Gandhi is going viral on social media, in which former Congress leader and current Union Minister Jyotiraditya Scindia are also seen. It is being claimed by social media users that this picture is of Nepal’s wedding.

By doing a reverse image search on the Internet, we found that this image was published on the Hindustan Times website on 15 October 2011 with the headline “Royal guests at royal wedding”. 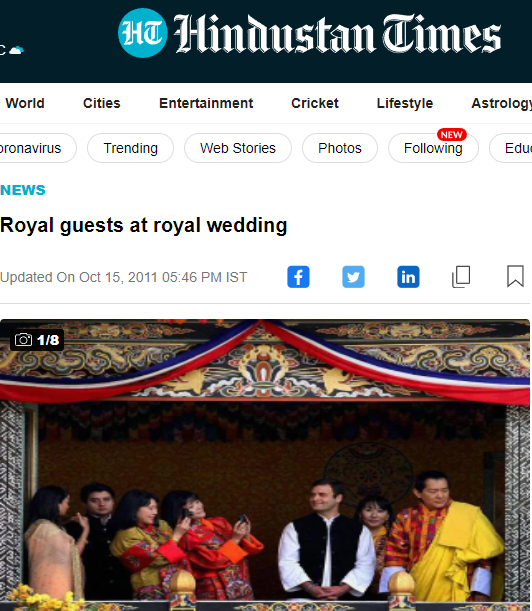 According to Hindustan Times, the then AICC General Secretary Rahul Gandhi and the then Union Minister of State Jyotiraditya Scindia with Jigme Dorji Wangchuck, former King of Bhutan, at the Chang Liem Thang Stadium in Thimphu on the occasion of the wedding reception of King Jigme Dorji Wangchuck and Queen Jetsun Pema Wangchuck of Bhutan are appearing. More photos from the royal wedding are included in the news when you scroll through.

This fact check proves that the viral picture of Congress leader Rahul Gandhi attending a Nepal wedding is fake.

Jharkhand is in the headlines these days. The reason...