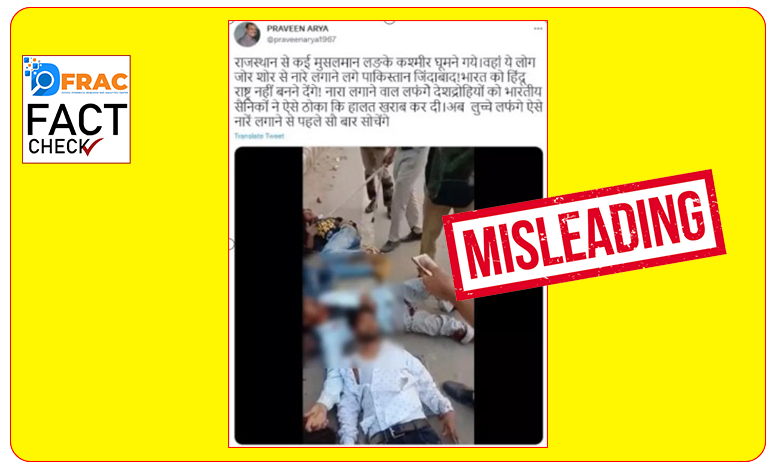 A Video is spreading all over social media that some Muslim men who came from  Rajasthan to travel to Kashmir got a good beating from the Indian soldiers. It was claimed that the men were shouting the slogans of “Pakistan zindabad” which was a trigger point for the soldiers. 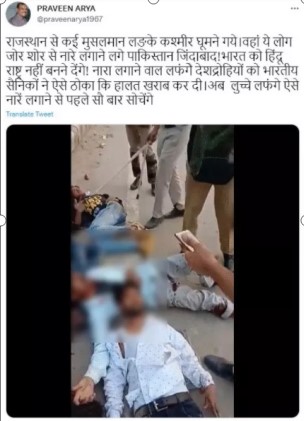 Which roughly states that the Muslim guys were who shouting for Pakistan saying “Pakistan zindabad” are terrorists and shall be treated like this only, so in the future nothing like such happens. 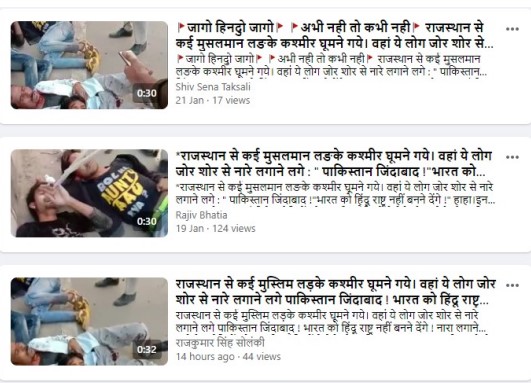 This video was spread all over the internet claiming the same.

When we reframed this news image on social media, we find out the truth of this picture being viral. The viral video is from Feburary 2020 , which was of community riots  at Delhi, where of of many injured persons one was found dead.

Also we got a report from HW English when the dead person was claimed as Faizan from Kadampuri, Delhi. Apart from this the person who beat up the guy found dead was a head constable in police.

This viral video is misleading .

Fact Check: Was the Sri Lankan Information Minister beaten up by...

Fact Check: Did Nirbhaya Lawyer Seema Kushwaha get featured in the...