Did no riot take place after 2017 in Uttar Pradesh? 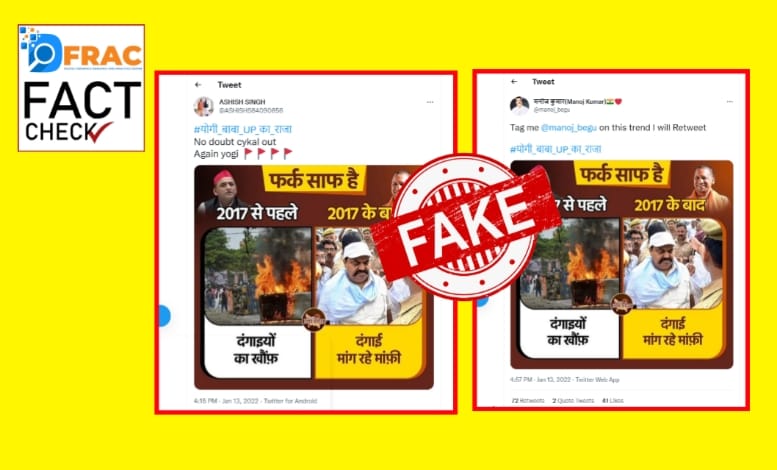 UP elections are on the way and we hear new promises, facts, claims every day.  A claim got viral on social media which says that fear of goons were terrifying before 2017 and now the gangster are being punished on time. An account on Twitter name Manoj Kumar having 60k plus followers has posted a comparison between BJP and Samajwadi Party.

The claim is misleading as users have read the half story of the man in the picture. The man in the picture is a criminal Politician of Uttar Pradesh, Atiq Ahmad. In the article of Hindustan Times , Atiq Ahmad was accused of keeping Lucknow based realtor a hostage. They tortured Mohit Jaiswal (hostage) for several hours in Deoria jail and transferred Jaiswal’s 4 firms worth 45 crore on their names.

The riot in the picture has taken place after 2017 says the article in The Asian Age. The communal clashes took place in many places of Uttar Pradesh including  Kanpur. The article got published on 2nd October 2017. Hence proving the article is fake and misleading.