HomeFact CheckFactCheck: AAP MLA's claim of stealing a bike against a UP policeman....

FactCheck: AAP MLA’s claim of stealing a bike against a UP policeman. Know the reality 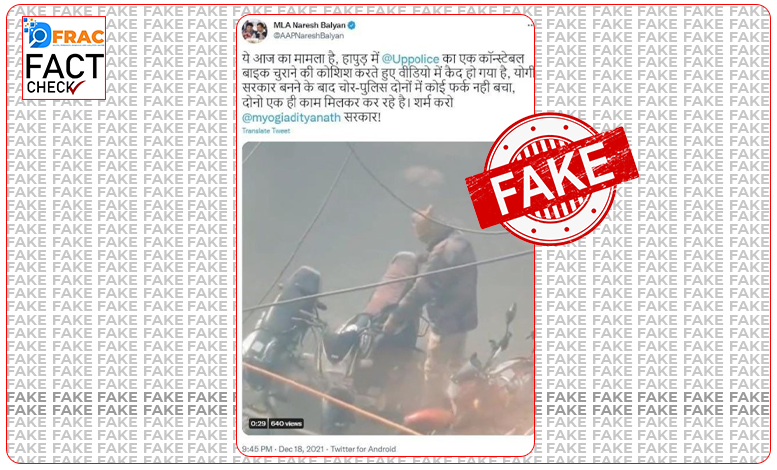 Recently, Aam Aadmi Party MLA Naresh Balyan shared a video accusing the UP Police of bike theft. Know the truth behind AAP MLA’s claim of stealing a bike against a UP policeman. 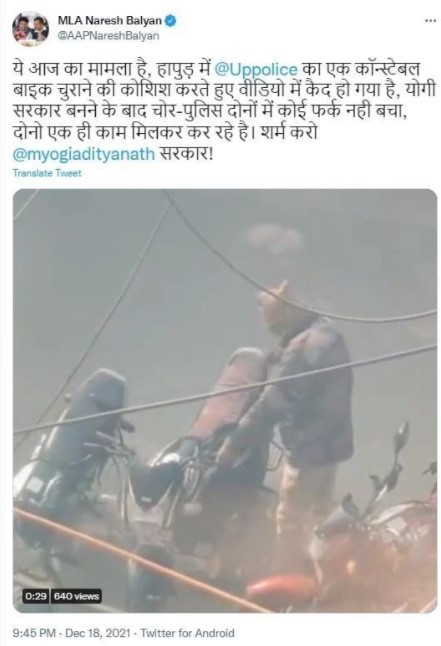 He tweeted and said, “This is today’s case, a constable of @Uppolice in Hapur has been imprisoned in the video trying to steal a bike. After the formation of Yogi government, there is no difference between thief and police, both are same. Working together. Shame on @myogiadityanath government!”

After this claim of AAP MLA, many other users also made similar claim. At the same time, many news channels also ran the story on this basis.

When our team investigated the AAP MLA’s claim. We  found that during the routine checkup, the policeman had found an unlocked bike. Which the policeman was trying to take safely to the police station.

The UP Police also gave an explanation in this regard. And said that “the bike, which was keyed outside the bank, was being brought to the police station by the policeman from the point of view of security. The vehicle was not being stolen. This has also been denied by @hapurpolice in this regard. Please don’t spread rumors by posting misleading without verification.”

On the other hand, the news channel AajTak also issued a clarification regarding the story they had published earlier about the same matter. They  stated “Confirming the case, the police later informed that hundreds of vehicles are parked together in this area. Due to which there is a possibility of jam situation and theft. Vehicles whose locks are found open by police personnel. They are brought to the post from a protective point of view and made to stand.”

Hence, the claim of AAP MLA is false and fake.