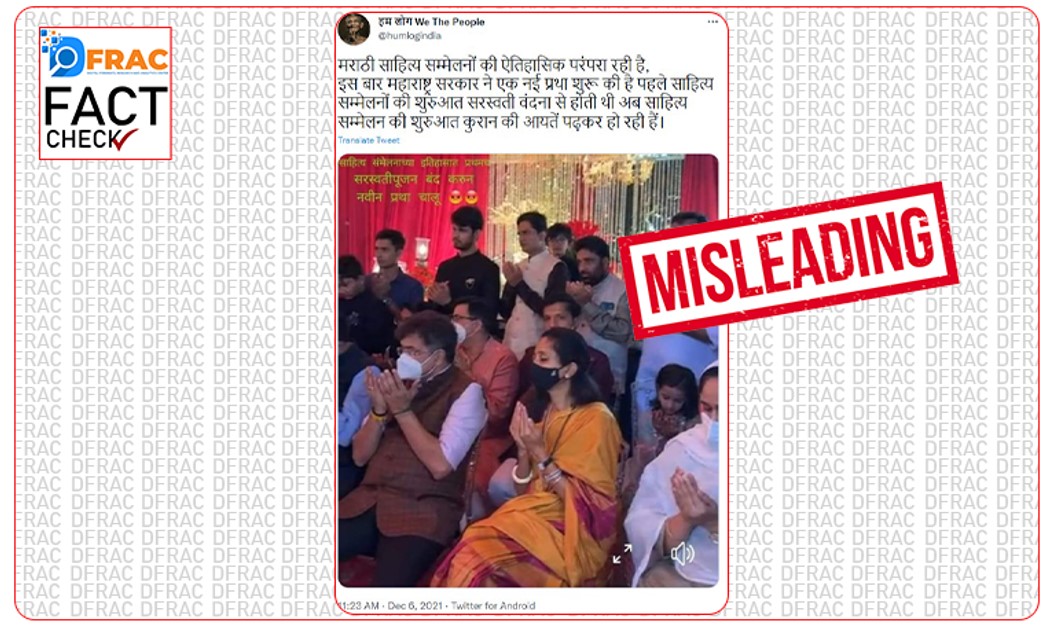 A picture is going viral on social media. With which it is being claimed that the Maharashtra government has started a new practice. Under which now the literary conference is being started with the recitation of Quran.

Many users posted the same.

On checking this picture, we found that this picture is of NCP MP Supriya Sule. Which was taken at a wedding. Supriya Sule also posted other pictures on Facebook on December 4, 2021. Also captioned ‘Hearty congratulations Sameer Shamim Khan and family!’

While searching on YouTube, we found a video posted by Aapka Prahar Times on 7 December. In which it was told that Supriya Sule attended the marriage of Speaker Shamim Khan’s daughter Sana and son Sameer from Kalwa Mumbra of NCP.

Hence this claim is misleading and false.