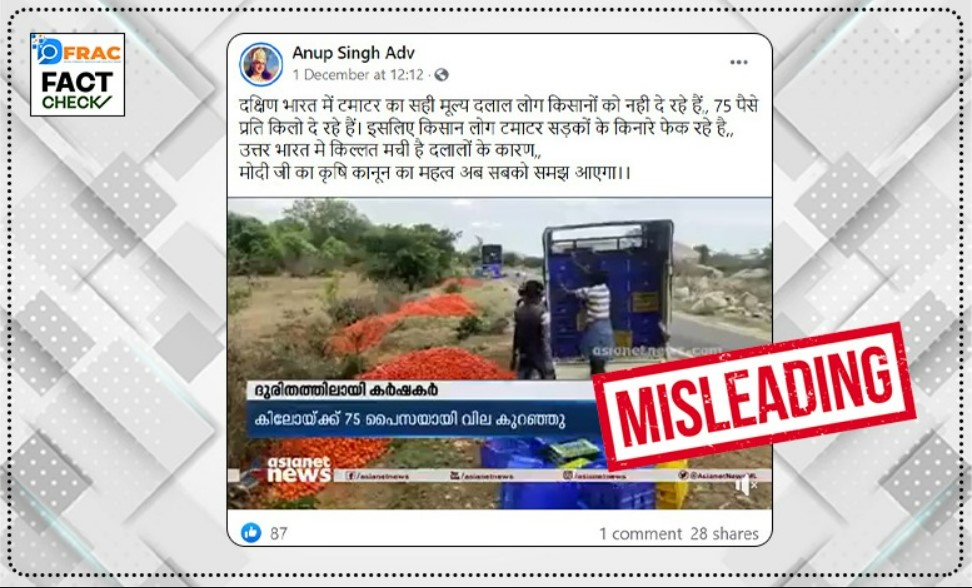 A video is going viral on social media in which farmers are shown throwing tomatoes. The viral video is being linked to the recently repealed agricultural laws by Prime Minister Narendra Modi.

The viral video was captioned – “Tomato brokers are not giving the right price to the farmers in South India, they are giving 75 paise per kg. That’s why farmers are throwing tomatoes on the side of the roads, there is a shortage in North India due to brokers, now everyone will understand the importance of Modi ji’s agriculture law.”

A keyword search on Google found that on May 20 and 21, a similar video was posted on YouTube by Amar Ujala, One India News. Apart from this, a report was also found on The Indian Express in which it was said that due to the decrease in demand due to the closure of retail shops, hotels, hostels and marriage halls due to the lockdown, tomatoes remained unsold. After which the baskets of tomatoes were thrown on the roadside.

Kolar district deputy commissioner Dr R Selvamani said, “We checked the dumping of tomatoes by the roadside and found that they were tomatoes which were left unsold in the APMC market due to their quality.”

Hence the viral video is misleading.