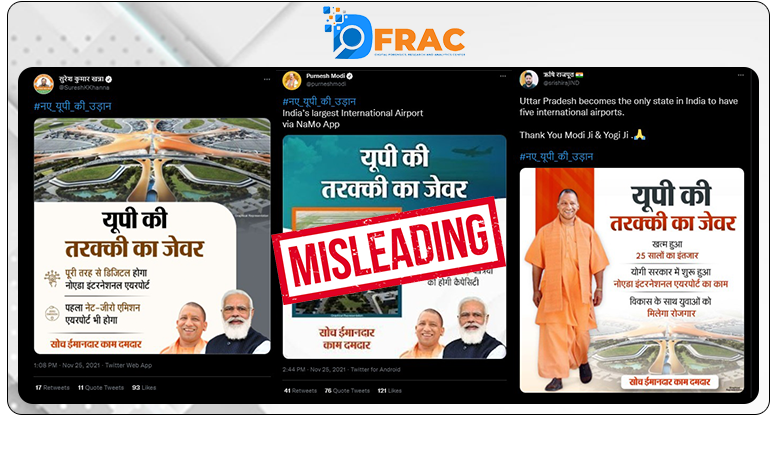 On November 25,2021, PM Modi announced the construction of the Jewar Airport in Greater Noida which is said to be ready by 2024. In order to celebrate this development, hundreds upon hundreds of users posted a graphic of PM Modi and CM of UP Yogi Adityanath on the background of the picture of a very futuristic looking airport. The images were posted to congratulate the government for this step.

Uttar Pradesh becomes the only state in India to have five international airports.

Upon reverse searching the image on Google, we were immediately greeted with thousands of images and reports on the new Beijing Daxing Airport.

We found a report on the airport by the BBC using the same exact image.

This is blatant misuse of the image giving a false image to the masses. Therefore, this claim is misleading,