Fact-Check: No, the priest consuming alcohol in a temple is not Christian 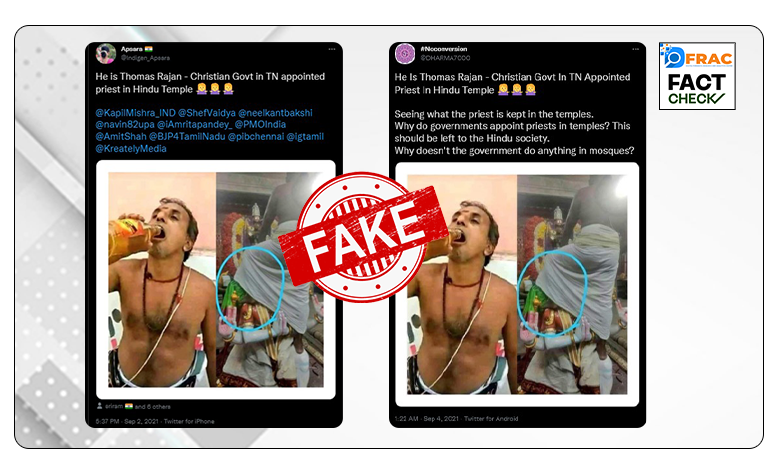 A picture of a priest consuming alcohol is going viral on Twitter. People have been claiming that since the Stalin government has come into power, the government appointed this priest. The same pictures are being circulated by all the users.

The news has been going viral since the Stalin government ordered 208 persons of all castes to be appointed at temples. The pictures of the priest are being shared in connection with this.

Seeing what the priest is kept in the temples.
Why do governments appoint priests in temples? This should be left to the Hindu society.
Why doesn't the government do anything in mosques? pic.twitter.com/SDijEHBaAm

We performed a reverse image search on Google and found a Youtube video of the same man which was posted in 2017. The man identifies himself as Shankar from Kodadbakkam, Chennai, therefore not a Christian.

Since the video was posted in 2017, clearly before the Stalin’s government came into power, this claim is false.