Fact-Check: Muslims selling chocolate to cause infertility in the Hindu community? 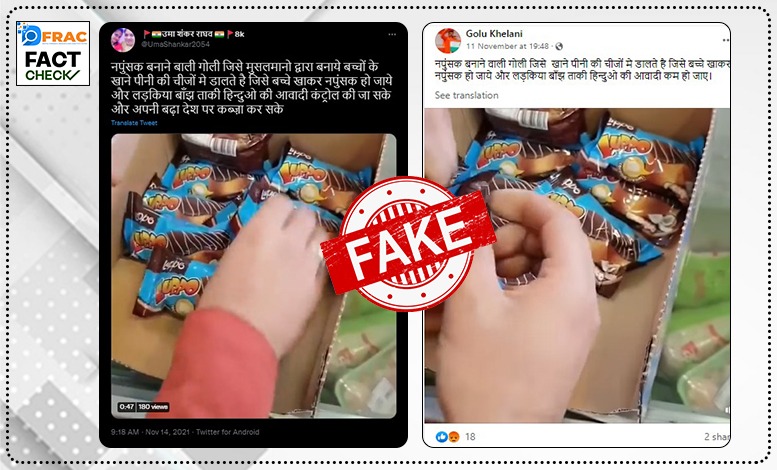 On November 14,2021, a video started to circulate on Facebook and Twitter about a certain candy bar. In the video, it can be seen that the packaging is being opened and two pills can be seen inside.

The claim that is circulating along with this is that these pills are being given to the members of the Hindu community to cause infertility by the Muslim community.

We firstly searched for the candy online and found that the candy named ‘Luppo’ is manufactured in Turkey and the website mentions that this candy is not sold in Asia.

We also found a Youtube video of the clip posted in 2019 which meant that the video is old.

Additionally, the claim has been previously debunked by the Turkish fact-checking website Teyit who reached out to the manufacturer and confirmed that the candy bars had been tampered with.

Since the bars are not sold in India and the claim of the pills have already been debunked, this claim is fake.