Fact-Check: Muslim boy attempts to drug a female in a restaurant? Caught on tape 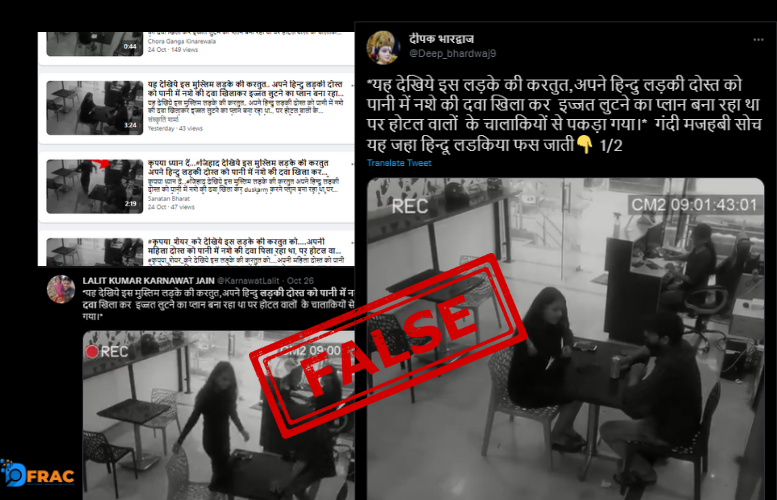 On October 24,2021, a video started to circulate online which looks like CCTV footage of a restaurant. In the footage, it can be seen that the police intercepts a meal between a man and a woman and asks the boy to empty his pockets. Upon emptying his pockets, the police arrest him for attempting to drug the female to sexually harass her.

The footage is black and white along with captions set down below. The video was posted several times by different users on Facebook and Instagram. Users claimed that this boy is a Muslim who attempted to drug the Hindu girl and engage in ‘jihad’.

Additionally, at the end of the video posted by the users, it can be seen that the makers of the video did add a disclaimer that the video is only for educational purposes. The video also makes no mention of the boy being Hindu or Muslim rendering this claim competely fake.